Who Is Dr. Dennis Mukwege?

Dr. Dennis Mukwege is a world-renowned gynecologist and human rights activist from the Democratic Republic of the Congo. On top of his amazing medical achievements, he is a Nobel Peace Prize recipient for his campaigns against rape as a weapon of war. YAN has been working with him since 2012.

As a child, Mukwege had the opportunity to travel with his father to visit sick and dying patients in Bukavu, DRC which left a prominent impact on his life. There he saw a terminally ill boy, but unfortunately, could do no more for him than pray. Mukwege wanted to make a difference in the world by doing more than just praying.

Many of the patients he saw in Bakavu were women in labor who had nowhere to safely deliver their babies, so Mukwege decided he wanted to be a doctor who focused on delivering babies.

In 1984, Mukwege moved to Angers, France to complete his training as a junior obstetrician. He had spent half of his life savings in hope of this aspiration. Many other challenges presented themselves, making his journey more difficult than it already was. One of these includes not being accepted because of his skin color. He could never stay in an apartment for long because the landlord would make him leave, solely because he was black. Thankfully, other students let him share a living space with them.

A major shock from the European healthcare system was how well equipped they were compared to the DRC. But Mukwege outperformed his co-workers in many ways.

He had gained his previous experience by operating on women and girls under torchlight in the Congo. After receiving his training and returning home, he embarked on a career that would save thousands of lives. Mukwege became a champion for women not only in the DRC but across the world.

Wars have broken out in the African region for decades, especially within the Congo. Due to the high percentage of rape in war, Mukwege began specializing in treating women survivors of wartime rape.

Not only does Mukwege repair the women, but he strives to address the social and political issues that present themselves in this area. These include teaching the women new life skills and enabling them to be self-sustaining. The staff also provides schooling for their children.

In 2012, Mukwege addressed the United Nations, calling on them to make a change within the Congo to help these women.

He has received numerous threats and attempts on his life to his own safety, as well as to his family. He continues to work diligently under tight security at the hospital, sometimes provided by the United Nations. He believes that “we must respond to violence with love.”

He has been honored with the UN Human Rights Prize, the Daily Trust African of the Year award, the Clinton Global Citizen Award, and Olof Palme Prize. His most honorable award was receiving the Nobel Peace Prize for his efforts to end sexual violence as a weapon of war in 2019. 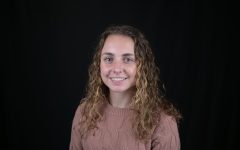 Stephanie Ramsey is currently a senior at Tyrone Area High School. This is Stephanie's first year on the Tyrone Eagle Eye News team. She is a studious...