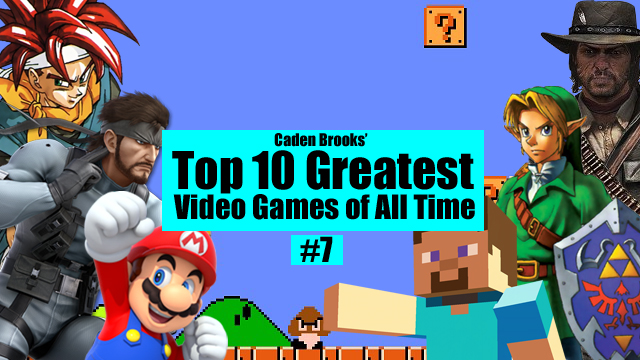 I could not help but include the addicting, Russian-made puzzle game in this list.

Tetris has cemented itself as one of the most universally played and loved video games in the industry due to its expansion to many different platforms, which is still happening to this day (recently with Tetris 99).

Initially created in 1984 by Russian programmer, Alexey Pajitnov, Tetris has a very long and convoluted history. But thankfully, after many quarrels and legal disputes, Tetris finally found its way into the west.

Tetris is a gem that presents itself in such a simplistic fashion, but the possibilities in its intensifying gameplay are endless. If you have never played Tetris, find a free online version of it right now, but be careful. You might get unintentionally hooked.

For those who have never played Tetris, the objective is to fill as many rows as possible, and each row contains ten tiles. Completing a row makes it disappear and raises your score. The game randomly gives you one of seven unique pieces which contain four tiles each.

The typical strategy is to leave a column empty and wait until you are given a long piece to terminate four rows at once, commonly known as a “tetris.” Getting a tetris raises your score significantly, so it is recommended getting as many as possible.

As your score goes up, so will the level, which makes the pieces fall faster. This requires the player to start using quick thinking skills, or it will result in a game over.

What makes Tetris so addicting is its constant feeling of satisfying and rewarding the player. The moment you complete that first row, it’s hard to take your hands off of it. Setting your own goals of beating your high score only keeps you coming back.

Tetris is fundamentally a perfect puzzle game, but the only aspect that keeps it from rising up the list is its little to no impact or influence on the industry, which is something the following six entries all accomplish.

Friday’s sixth entry is the complete opposite: an extremely influential adventure game.