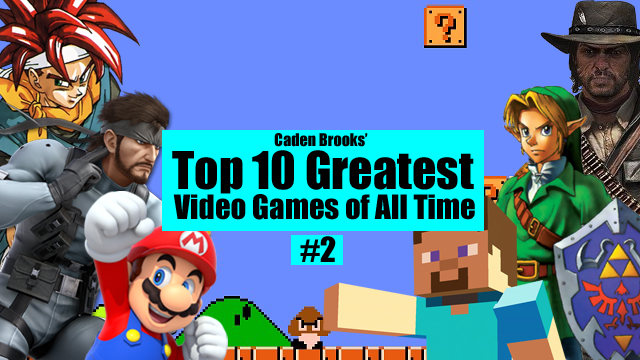 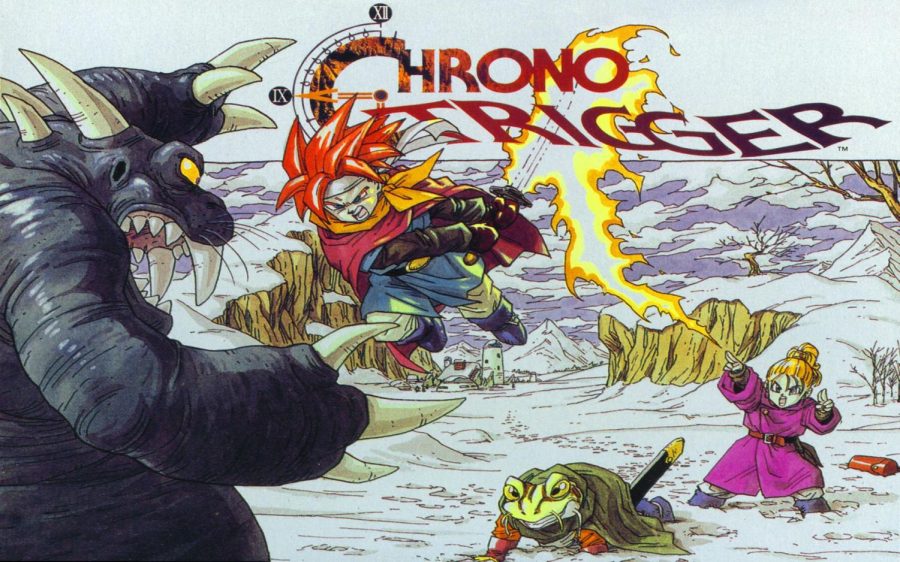 However, none of their other titles come close to being as monumental as their rule-breaking, audacious, timeless RPG, Chrono Trigger.

Chrono Trigger disregarded so many facets of the traditional RPG formula, which alone made it amazing.

First of all, Square discarded the unbearably tedious mechanic of encountering enemies at random just by walking. Instead, enemies roam in the flesh. This made combat optional and was such an exceptional decision made on the developer’s part. Battles no longer transitioned to a different setting, but rather started immediately at the very spot you ran into the enemy. 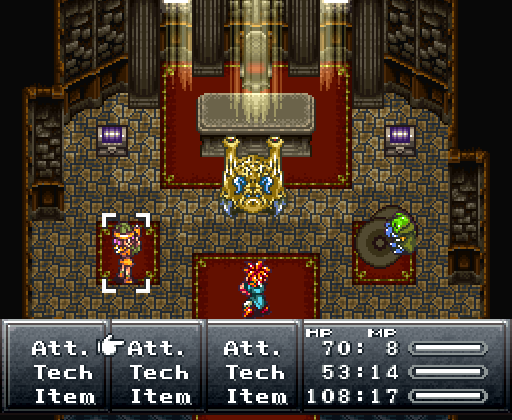 A boss fight in Chrono Trigger

I believe this system to be ingenious, as it runs at a real-time speed for both your party and the enemy. The traditional turn-based system did run on speed, but only after all of your moves were made, which forced you to sit there and watch the battle play out. The real-time system assures that the player is constantly aware and forming strategies by the second.

Chrono Trigger‘s exciting battles are complimented by complex overworld gameplay, which consists of travelling through different time periods in order to progress through your quest of defeating the game’s numerous dastardly villains.

Another unquestionably mind-blowing attribute about Chrono Trigger is its day-in-the-life introduction which takes place in a small village holding a fair. At first, the fair seems a little unnecessary with its mini-games and scattered NPCs, but proves to be significant later when the game pulls the rug out from under the player and shows that the decisions you did and didn’t make affect your future. This no doubt astonishes the player and conveys to them to remain vigilant for the rest of their journey, as they do not know what their decisions or actions may provoke.

Chrono Trigger was notably one of the first games to contain multiple endings (17 at that). This adds another layer of complexity with how many different pathways one can take during their time committed to playing this game.

That being said, Chrono Trigger was a ground-breaking release and it stands out above any RPG at the time. The combat system is impeccable and offers intense battles, the overworld and dungeons are well-designed, enchanting, and utilized to their fullest potential in terms of beauty, and its epic quest screams adventure with its fantastic cast of characters, protagonists and antagonists alike.

Prepare yourselves, because on Friday, I will present to you the greatest video game of all time.