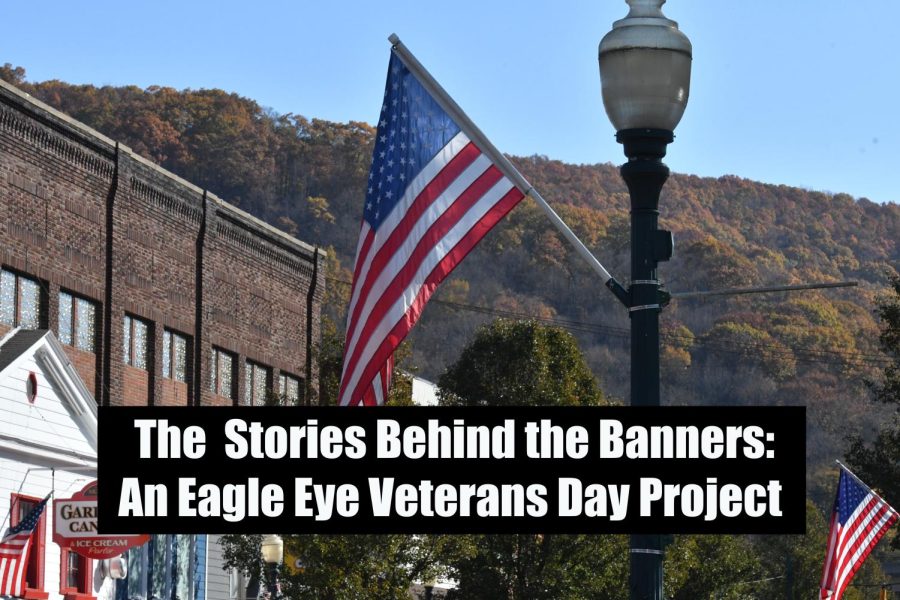 Gallery|3 Photos
Ellie Oakes
The Eagle Eye profiled six veterans memorialized on banners in downtown Tyrone to create a virtual walking tour of their stories. The project is ongoing and other families are encouraged to participate.

The Stories Behind The Banners: An Eagle Eye Veterans Day Project

Visitors to downtown Tyrone have probably noticed the dapper new banners hanging from the light posts that line both sides of Pennsylvania Avenue and West 10th Street.

The banners honor local veterans from World War I to those currently serving. They are a project spearheaded by Ed and Tracey Krider of the Tyrone Improvement Group.

These six stories are just the beginning. We want to make this an ongoing project”

The civic group began offering the banners in the summer and the response from the community was overwhelming. There are currently 145 banners hanging in downtown Tyrone, each honoring a local veteran.

“We love how nice they look and how respectful it was for the town to show their appreciation for their veterans,” said Tyrone Improvement Group member Cherryie Wisyanski.

When Tyrone Area High School teacher and Eagle Eye advisor Todd Cammarata saw them, he asked the Eagle Eye staff to use their talent to bring deeper meaning to the banners.

Brian Igou of the Tyrone Improvement Group helped to identify several families willing to do interviews with the Eagle Eye writers about the veterans honored on the banners.

What makes this project unique is the creative use of QR codes, which allows anyone walking past the banners to instantly connect to the stories.

“All you have to do is point your smartphone camera at the QR code posted on the light pole and it will automatically open a page on the Eagle Eye where you can learn the story of that veteran,” said Cammarata.

This fall Eagle Eye students wrote six stories. They then placed posters on the light poles under each veteran’s banner for Veterans Day.

“We hope that many people will access these stories at the Veterans Day Parade and over this weekend,” said Cammarata, “These six stories are just the beginning. We want to make this an ongoing project and see how many veterans stories we can tell over the next several years.”

Each poster has two QR codes, one that links to the veteran’s story, and another that links to an online form where families can request a story from the Eagle Eye.

The six banners with stories are located in the following areas:

The students chose local veterans from a wide range of eras: three from World War II, one from the Vietnam Era, one from the 2010s, and another who just entered the service in 2019.

“I am very honored to have been able to write one of the veteran’s stories. I learned a lot about how much they really sacrificed for our country and I now have a much deeper appreciation for them,” said Eagle Eye Sports Editor Stephanie Ramsey, who wrote a profile of World War II veteran Edwin Igou.

The students and members of the Tyrone Improvement Group hope that the project will encourage members of the community to learn more about the rich history of Tyrone.

“I hope that [members of the community] will be excited when they learn about their families and other families. They just don’t realize how much history there is in our town. Tyrone is just a great place, with people who care about each other and other families,” said Wisyanski.

As well as connecting with fellow community members, they also hope that learning about others will encourage them to start asking questions about their own family history.

“When I was approached about doing [a story] for [my pap], I didn’t really know anything about his time in the service. I didn’t know that he was awarded a Purple Heart, and I wouldn’t have known that if I wouldn’t have started asking questions,” said Tyrone Improvement Group member Billie Jo Friday.

The banners will only be up until the end of Veterans Day weekend. On Sunday they will be taken down for the Christmas season, but most will be rehung in the spring.

The Eagle Eye students and members of the Tyrone Improvement Group both hope that when they are rehung, there will be lots of new stories for visitors to Tyrone’s downtown to discover.

“Our ultimate goal is to have the downtown area thriving again, and getting people down here walking around,” said Friday.

To request a story for an existing banner, click HERE and fill out the online form.

To read each veteran’s story, click on the individual photos below: 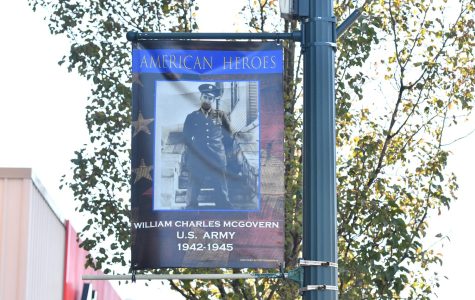 Tyrone native and TAHS Class of 1940 grad William “Bill” Charles McGovern personified the ideals of the Greatest Generation. Like thousands of others, he served his country bravely, earning a Bronze Star and Purple Heart, but never once boasted about it. “[My dad] did not talk much about his war experience. Like many from that era, he would say his war effort was his duty and not something... 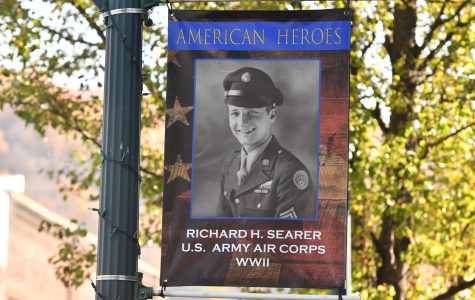 Richard Harris Searer was born on September 25, 1925, the youngest of four siblings. Raised in Tyrone, he graduated from Tyrone Area High School in 1943. Before he even celebrated his 18th birthday, Searer was already training for war. So eager to fight for his country, Searer enlisted at 17, presumably lying about his age in order to be accepted into the United States Army. Just two days... 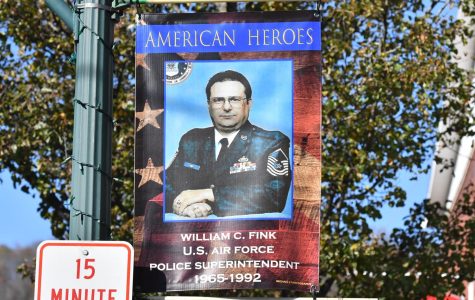 Tyrone native William Fink is a TAHS class of 1964 graduate who served in the United States Air Force for 27 years. Fink graduated from the Air Force Air Police Academy and began his service with the 3275th Technical School at the Lackland Air Force Base in Texas. He continued his police training and completed the US Government Motor Vehicle operator’s course at Griffiss Air Force Base in Ne... 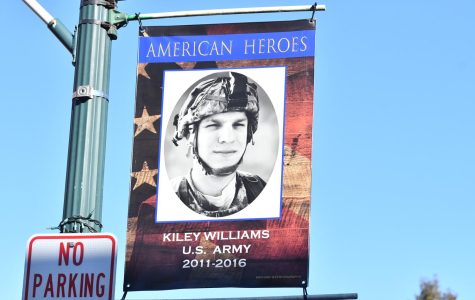 Important life journeys often begin with a “leap of faith,” but for US Army Airborne soldiers, it is much more than a metaphor. Their first jump is something every Airborne soldier remembers. It takes only seconds but it can feel like a lifetime. “This was it… I was going on my first airborne jump! Somehow, it did not feel real, like this was all part of a really vivid dream. We were... 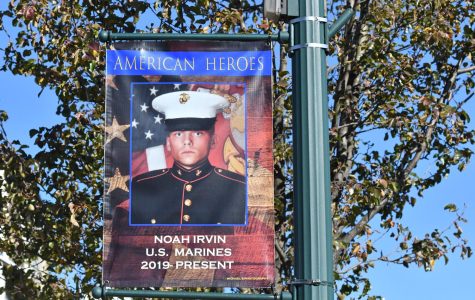 Tyrone High School Class of 2019 graduate Noah Irvin is currently serving in the United States Marines Corps as Marine Security at the Marine Barracks Washington.  Irvin is the son of Randell and Dawn Irvin of Tyrone. While a student at Tyrone High School, Irvin was a member of the tennis team, swim team, and FFA. Irvin knew in high school that he wanted to serve in the armed forces, and when i... 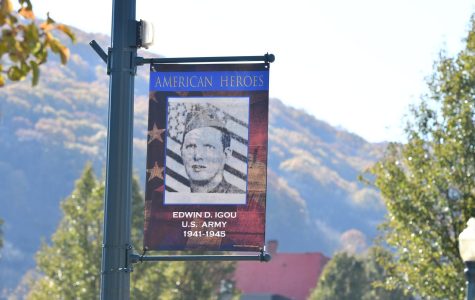 Edwin Daniel Igou (1913-1994) served in the US Army during World War II from 1941-1945. He was an infantry soldier in the campaigns through Northern Africa, Italy, and Germany. Igou was honored to serve his country and to be part of the Greatest Generation. He enlisted into the service eight months before the bombing of Pearl Harbor. During World War II, Igou fought in Operation Torch, as ...