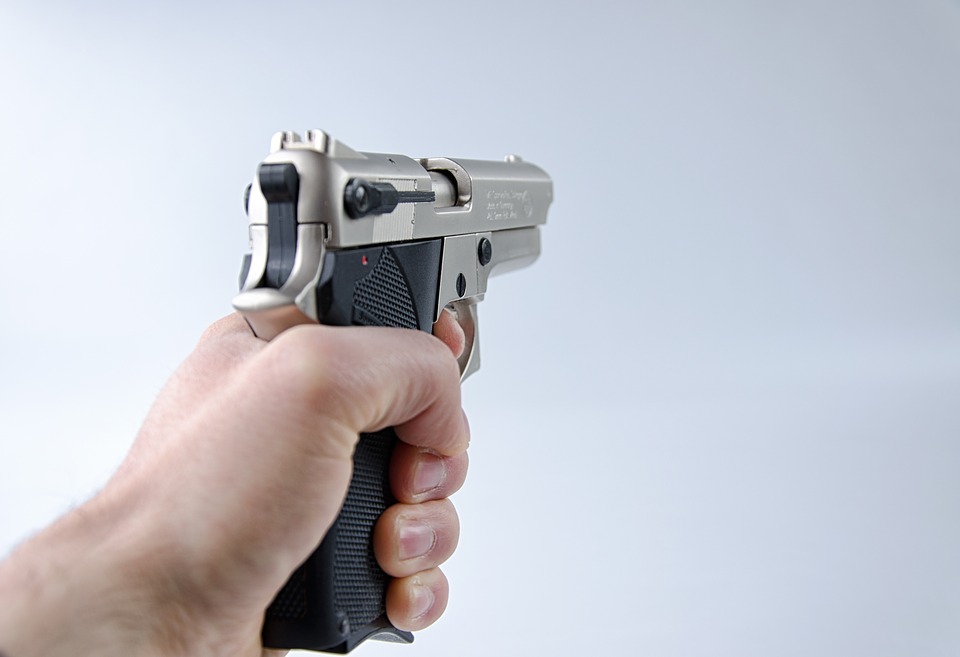 Should Teachers Be Armed?

In response to the school shooting on February 14 in Parkland, Florida, President Trump, gun rights groups including the NRA, and some local citizens have suggested arming teachers and other school officials to deter and respond to school shootings.

Students at Tyrone High School have also been debating this topic with their friends, teachers, and classmates.

Arm Our Teachers With…

President Trump told a group of students and family members affected by gun violence on Wednesday, February 21 that he would support arming our teachers and coaches as a way to stop mass shootings like the one that left 17 dead in Parkland, Florida.

The problem is, the teachers don’t want to be armed. Not with guns. Our teachers signed up to be educators, not armed guards ready to take that kill shot on a student they have nurtured and educated for years.

We’ve always heard, “The only way to stop a bad guy is a good guy with a gun.” In the case of Parkland Florida, there were four “good guys” with a gun. There were four armed sheriffs on the scene, trained for this situation. They didn’t act. Four Broward County Sheriff Deputies did not enter the building while teachers and students were being slaughtered.

If a trained police force didn’t take action, how can we expect a history teacher to look a student in the eye and fire off a kill shot?

Our teachers signed up to be educators, not armed guards ready to take that kill shot on a student they have nurtured and educated for years.”

If teachers had guns in the school, there would inevitably be accidental shootings. A teacher in a Pennsylvania Christian school in Chambersburg accidentally left her loaded pistol in an elementary school bathroom. Children, ages 6 and 8, found it and reported it to their parents and another teacher. The results could have been tragic. A teacher at a Utah Elementary School accidentally shot herself in the leg while using the restroom. While an Idaho professor accidentally shot himself in the foot.

Fortunately, in all these cases, no students were harmed.

Let’s imagine there was an active shooter in the school, the SWAT team comes with guns blazing into the school and tries to determine who has the gun. SWAT sees a person with a gun, they feel threatened, there is chaos, and they pull the trigger. Later it’s determined that the person was the school beloved English teacher who was just trying to “protect the children.”

Moreover, most school shooters are already prepared to die by police officers, so now it will be death by the football coach. How is this a deterrent?

We don’t live in a wealthy school district. Spending has been cut on educational programs. Our teachers don’t always have the necessary supplies they need to run their classrooms. Every year, teachers reach into their own pockets to pay for things like tissues, pencils, paper and glue sticks. Now, President Trump is waving some extra money around to the teachers to train them to be an armed security force. Where was this money when we needed it for education? What will the insurance premiums look like for a school district that decides to arm teachers? Someone is going to need to pay for it.  Property taxes will have to be raised to make up for the higher premiums.

Of course, it seems everyone has an opinion about arming teachers but forgot to ask, well, the teachers.

Here’s what a few longtime educators in our school had to say:

“I am against arming teachers. I feel like it’s adding more danger,” said TAHS Principal Thomas Yoder, “What if a student wrestles the gun away from a teacher? Most school shootings happen in five minutes or less. The teacher would have to have the gun strapped on and loaded. Odds are, the gunman will already be gone.”

“I don’t think teachers should be armed. I think if we should have anybody be armed, it should be trained professionals guarding the school. Our teachers shouldn’t have to be trained. There is a big difference between training and experience,” said Economics/World Geography teacher Cummins McNitt.

“I understand why some people want to have teachers armed, and I’m honored that students and members of the community trust us enough to do such a thing, but I don’t think it’s fair or reasonable to ask teachers to add security guard/policeman to their already long list of job responsibilities,” said social studies teacher and Eagle Eye adviser Todd Cammarata.

“We are here to be educators,” said Mrs. Cynthia Isenberg.

So if not guns, what should we arm our teachers with?

Arm our teachers with resources to be able to educate their students.

Arm them with time to be able to develop relationships with their students and spot possible issues with anyone being bullied.

Arm them with mental health counselors at the school who can work with troubled students.

Parents, arm them with your attention, put down your phone and listen to the teacher when they say that they are seeing a problem with your child in the classroom.

Teachers came into this job because they love learning. Give them the resources to be able to do their job effectively. If you want an armed security team, hire one. 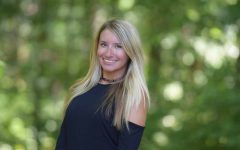 Senior Morgan Bridges is a four year Eagle Eye veteran. She is the Eagle Eye's Social Media Director for the second year in a row.  She is involved in...

We live in a pretty terrifying world, and instead of sitting and waiting for it to get better we need to take action.

As of today, teachers in Pennsylvania are not  allowed to actively carry a firearm on school property due to “The Gun-Free School Zones Act of 1990.” This federal law makes it illegal for anyone “to knowingly possess a firearm “within 1,000 feet of a school zone.”

However, the Pennsylvania State Senate passed a bill over the summer that would have allowed educators or school staff to carry a concealed weapon with the right permits, but this bill never became a law.

At this point in our society, we need to take action. Gun control is great in theory, but how hard is it to lie your way through a test? Everyone gripes about the ability to lie about their gun application in the first place, but if they are lying now to get a gun do you really think more testing is going to make them be honest? If so, I would like to know what delusion you are living in.

Arm the teachers. Arm the staff. Arm the custodians. Arm any school official that is willing to take on that responsibility.”

Our school security system is flawed. Officer Bub is an amazing guy, but he is only one person and we have three schools to protect.

The administration will claim that our security is “solid” but it is all too easy to get into this school and with anything you want.

It takes nothing but the ring of a buzzer and a signature on a pass to gain access to any of our schools. No escort, no photo identification, not even walk through a metal detector. We have spent all this money on metal detectors, yet I haven’t been through one since my ninth grade year. If we are going to make it easy for people to gain access to our school, we need to make it just as easy to defend ourselves.

So let me ask you this, are we anything more than sitting ducks?

We have been through these drills since we have been in elementary school about safety in emergencies, but what is sitting against the wall going to do? Make me an easier target? I’m sorry, but if there was ever a school shooter I would want to know that someone would be able to protect me.

No, I’m not saying to arm every single teacher. If you force a gun on someone that is insanely dangerous.

These need to be teachers that already have concealed permits or even ones who would be willing to get one. Put them through an education course with the local and state police to ensure that they have the competence and responsibility.

We need to take action. We should not have to have our students worried about their lives rather than their education in a place that we have been promised is safe.

Arm any school official that is willing to take on that responsibility.

I’m also aware that someone is going to make the argument ‘What about first responders being able to distinguish the shooter and the teachers?’ If we would be serious about this there would have to be a code word, or a signal, or a system of identification out into place to protect our staff.

To say that ‘It will never happen here’ is just ridiculous. Look around! It’s 2018 and our society sucks!  If we can’t stop it, we might as well try to prepare and get ahead of it.

Arm our teachers. Save our students. Protect our school. 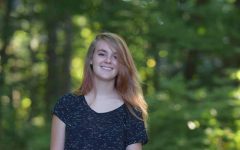 This is Jamie Lynch’s first year on the Eagle Eye News staff. She is in her Junior year and is also involved in the Youth Action Network, Student Council,...