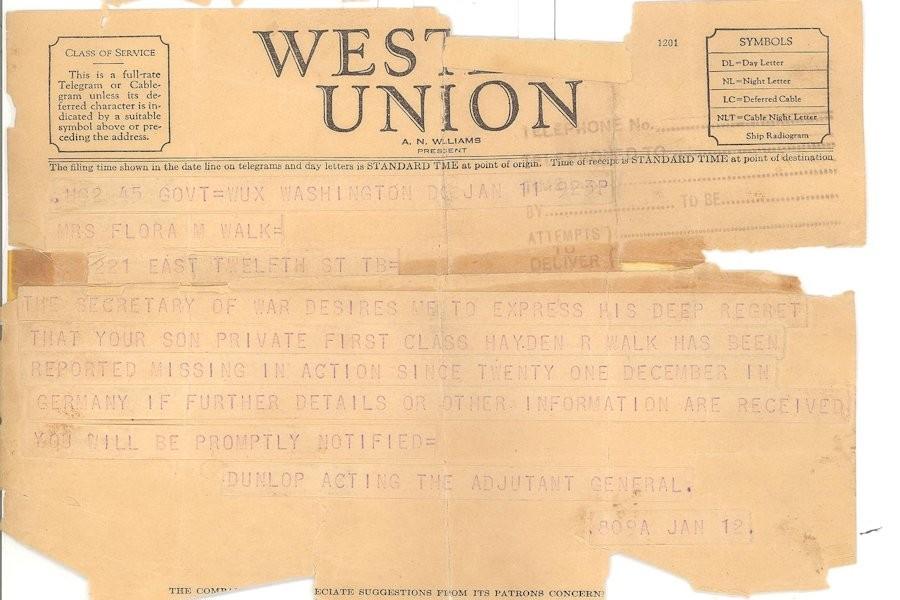 Unknown to his parents at the time, their son was alive but in a very dire situation. He and his fellow prisoners were being marched 35 to 40 miles a day for three days through the German countryside.

It was very brutal winter that year, even though it was still only December. On the three day march Walk and his fellow soldiers received no food or water and many had inadequate shoes and clothing. Soldiers who were fast enough scooped up some snow to drink, but only if the Germans weren’t watching. According to Walk, the Germans were nasty and arrogant. German civilians would throw rotten eggs and tomatoes at them, yelling and calling them names.

When they finally reached a train station they were forced into box cars. From there things only got worse. They were herded into the boxcars like cattle with no room to move. Walk recalled men crying. They were locked in the boxcars for about a week, stopping only once for water, which was put into helmets that were also used to go to the bathroom in.

After their horrific train ride, Walk and the other soldiers arrived at one of Germany’s worst prisoner of war camps, according to the State Department.