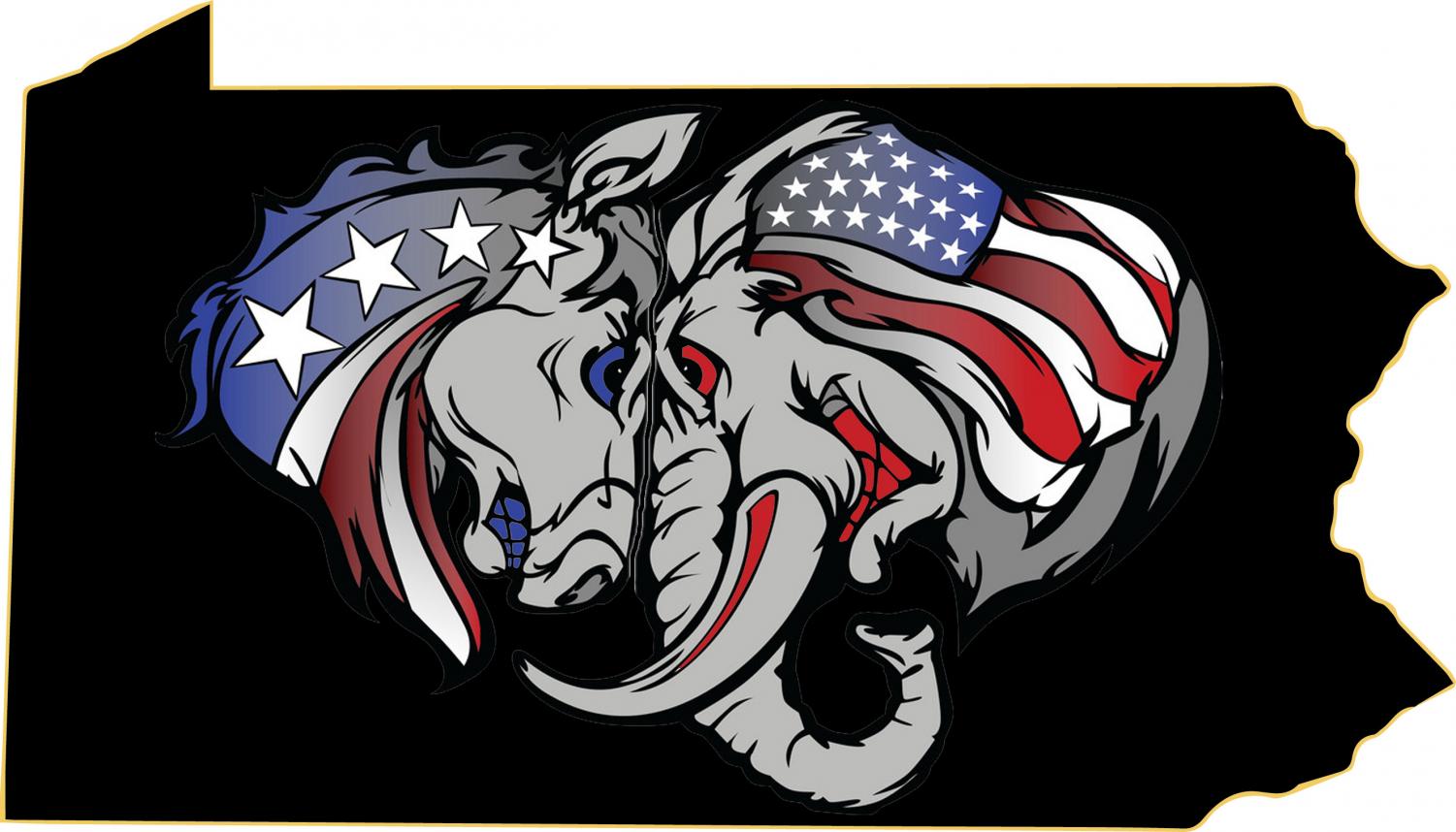 Will the PA Legislature be Red or Blue after the midterm election? (photo illustration by Devon Henninger)

Will the PA Legislature be Red or Blue after the midterm election?

The midterm elections are about more than just control of Congress. They could have a huge impact on the state legislature as well

By Kolby Cowher and Devon Henninger

While the national media focuses on the impact of the midterm elections on Congress and President Trump, the effect that it might have in Harrisburg has been largely overlooked.

Whereas the Democrats are looking to feed off of Connor Lamb’s congressional special election victory to bring the”Blue Wave” to state politics and keep Republicans from becoming a supermajority in both state houses.

The midterm elections are imminent and a Blue Wave is preparing to flood Pennsylvania politics.  Not just in Washington, but in the PA State Legislature as well.

The 44th District will be a close one as Democrat Michele Knoll, a former educator and school board member will try to seize the seat for her party against Republican candidate and small business owner Valerie Gaydos as incumbent Mark Mustio decided not to run this cycle.

Another race that might flip Democratic is in the 46th Legislative District as the voter turnout in the primaries blew the GOP out of the water and there is roughly 4,000 more registered Democrats in the district. Incumbent Republican Jason Ortitay will face off against Byron Timmins. Timmins was recruited out of Miami University by Kaufmann’s Department Store. While there he was part of their buying program.  Byron says he will fight to keep jobs here and he will fight to bring new jobs here.

Democrats need to come out this election cycle in order to take some districts back. We need to prevent the Republicans from obtaining a super majority in the PA House.”

In the 48th, incumbent Republican Timothy O’Neal, formerly served as an army ranger in Afghanistan and he will face off against Democrat Clark Mitchell who is now an attorney in Washington County. Mitchell plans to fight in Harrisburg for affordable access to health care for all families, veterans, and senior citizens. and this is another district that contains 4,000 more registered blue voters. If the voter turnout is strong for the Democrats, then the Democrats will win yet another district.

In the 74th District the Democrats should definitely have the edge as they have roughly 8,000 more registered voters than the GOP. There is no excuse for the -Democrats to lose this election. This election will pit Democratic pastor Dan Williams against incumbent Republican Amber Turner. Williams, a Biblical Seminarian of Geneva College, has led the Willia Mae Williams Memorial Scholarship Fund, awarding merit scholarships to young people based on academic achievements for many years.

The 146th District is going to be close. The Democrats have a mere 69 more registered voters than the GOP so this election can go either way. Joseph Ciresi,  Director of Sales and Promotions at the Kimmel Center for the Performing Arts in Philadelphia, will face incumbent Republican Thomas Quigley. Quigley previously beat Ceresi back in 2016 in a close race wherein he won by 2.7%. If the Democrats come out and vote in this district it could and should easily flip blue.

Democrats need to come out this election cycle in order to take some districts back. We need to prevent the Republicans from obtaining a super majority in the PA House. The only way to make this possible is if blue electors come out and vote on November 6th. 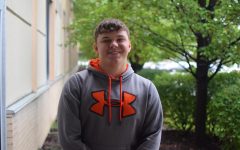 Hello, I am Kolby Cowher, but you can call me Mr. Cowher. I'm just a simple man trying to make my way in the universe. I joined Eagle Eye to hone my skills...

As the 2018 Midterm Elections comes closer, the Republicans in Pennsylvania must prepare and brace for what has been described as a possible Blue Wave.

Perhaps one of the most influential and biggest districts in the upcoming midterms is Legislative District 156. The current incumbent is Democrat Carolyn Comitta. Her Republican challenger this cycle is Nicholas Deminski. There is absolutely no reason the Republicans in the 156th District should have an issue winning this election. The GOP has around 4,000 more registered voters in this district than the Democrats. Yet turnout in the primaries was almost 5% higher for the Democrats. The Dems even had more votes in the primary, yet, only by 3. Nevertheless, the GOP should most certainly have their way in this election. So long as the voters get out to the polls.

In Allegheny County, the 30th Legislative District, there are roughly 600 more registered Democratic voters. However, the incumbent is Harold English, a Republican Candidate. During the primaries, English received 5,256 votes. The Democratic ticket as a whole got just 5,569 votes. Both parties had roughly the same turnout, around 25%.

Vote down the ticket Republican in the Midterm Elections. Pennsylvania can be the mighty Red Wall where the Blue Wave crashes on November 6th but that is up to YOU, the voters. ”

The 39th Legislative District is home to no running incumbent as Rick Saccone will not test the waters for reelection. This leaves Mike Puskaric, an Elizabethtown business owner, as the GOP’s Candidate. This election should be a tough one for the GOP if there such thing as a Blue Wave. In the primaries the Democratic candidate, Robert Rhoderick received 361 more votes than Michael Puskaric. What is also frightening is that the 39th District has nearly 3,000 more registered Democrats than Republicans. To keep this seat in the PA House red, we MUST get out the vote, we have to bring out our friends, families, and anyone we know that is registered in the 39th District to protect this seat.

David Reed, the Republican incumbent and PA House Majority Leader within the 62nd Legislative District also will not be in a re-election campaign as he ran for Shuster’s vacant seat. This will leave the Republican candidate as former PennDot Community Relations Coordinator, James Struzzi. In the Republican Primary he edged out his opponent with 40% of the vote, and 1,908 total votes cast. Although, we had almost a 10% higher turnout in primaries with the threat of an impending Blue Wave our turnout must still increase. Especially in a county where the Democrats have over 1,000 more registered voters.

Marcia Hahn has been an incumbent in the 138th district for eight years. During primaries though she only received 3,921 total votes. Still more than the Democratic candidate who sat at 3,730 votes. Although it seems well considering the Republicans had more total votes,  the voter turnout was lower for Republicans. With a district that is notoriously Republican this decade, we need higher turnout in order to secure this legislative seat.

Pennsylvania, where the State House is currently Majority Republican, there should be no excuses why we lose any races where there is an incumbent or strong Republican candidate. The main issue is our voter turnout. Statewide turnout for the GOP was just over 20%. The Democrats didn’t have 20% turnout yet still managed to get more votes statewide due to having more overall voters. In the State House, Republicans MUST turnout to vote and entice other registered Republicans to do the same. Vote down the ticket Republican in the midterm elections.

Pennsylvania can be the mighty Red Wall where the Blue Wave crashes on November 6th but that is up to YOU, the voters. 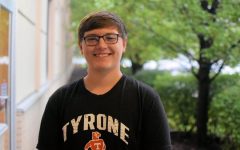 Hey bub, I am a senior (Big Cheese, I know) at Tyrone Area High School. Currently, I am a part of the Blair County Young Republican (unofficially) and...