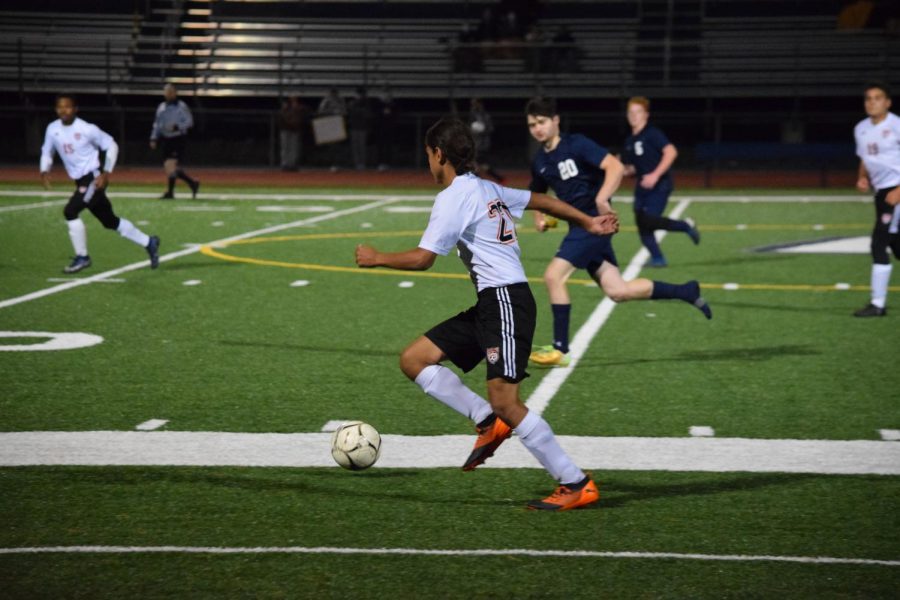 The Tyrone boys soccer team has been successful in recent years, but this season is clearly going to be a rebuild.  The young and inexperienced boys took a hard 12-0 loss to Hollidaysburg on Tuesday, September 7.

It’s clear that losing eight seniors and having zero juniors last year is starting to come into effect. With no seniors, only four juniors, five sophomores, and five freshmen, the boys have a total of fourteen players this year.

At the beginning of the game, the Tigers came out strong, scoring in a matter of seconds. This was then followed up by two more goals within ten minutes.

The boys soon realized that this game would be an uphill battle.

To their credit, the Golden Eagles never gave up.  Towards the end of the match, the Eagles went into attack mode and had several breakaway chances and shots on goal, just not where they needed to be to put them on the scoreboard.

The defense did the best they could to hold off the Tigers, but their efforts were not enough.

It’s no question the boys have a lot of work to do to get to where they need to be.

“The one thing that the entire team needs to work on is that we need to play faster with the ball, and how we move the ball around the field, “ said center defensive midfielder Connnor Bennett. “There were many times that, if we moved the ball faster, we would have had a chance to score”.

Aside from the things the team needs to work on, there were positives that stood out.

“We did very well at closing down space,” junior Kevin Carper adds. “In the second half, we did better at communicating with one another”.

Despite the rough start to the season, the boys, as well as the coaches, have a positive mindset for the rest of the season.

“We have to embrace the present, and invest in the future,” said Tyrone head coach Alex Bartlett.