Why We Should Continue Social Distancing 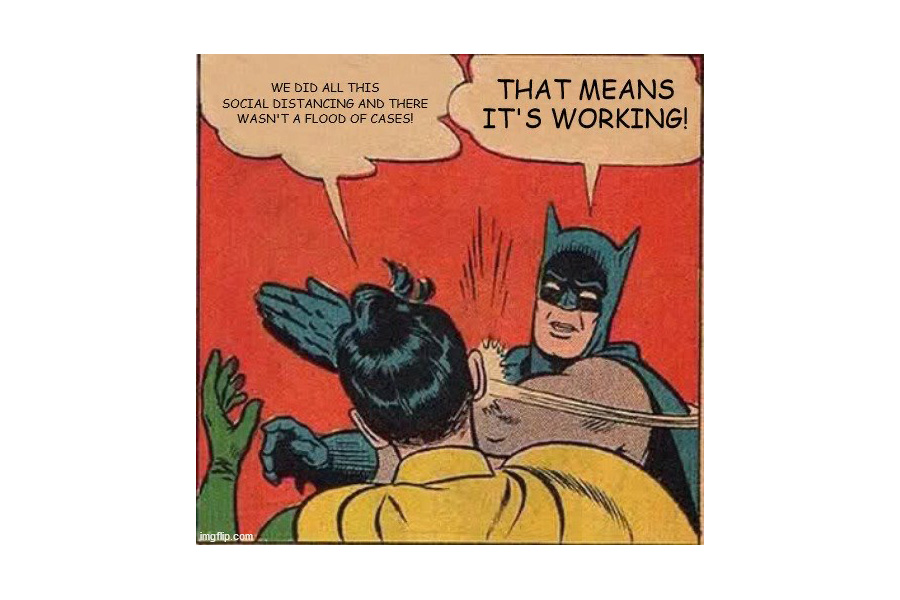 Some people have suggested lifting all restrictions because we have not seen a lot of cases in Blair County but the social distancing guidelines are a big reason for that success.

It’s no secret that teenagers can be rather narcissistic and sometimes lack insight on the bigger picture.

I’m no better and often find it annoying when I am told to maintain social distance.

However, it is one of those irksome things which is irksome only because it is true: social distancing continues to be important.

Imagine you come in close contact with someone who has this virus. If you get sick, the symptoms might be annoying but not life-threatening, or you might not show any symptoms at all.

Now imagine you are carrying the virus without symptoms and come in contact with an elderly person or someone who’s immune system is compromised. This is a different thing entirely, because if that elderly or immuno-compromised person dies, you would be the cause.

The example of Patient 31, a 61-year-old woman in South Korea, illustrates the importance of social distancing. Patient 31 became the first member of Shincheonji Church of Jesus in Daegu to test positive. She is attributed with infecting 70 people directly, and within a month, the cluster of infections among members of the Shincheonji church accounted for 5,080 confirmed cases, more than half of South Korea’s total.

If you are the cause of someone’s death due to your lack of care then you are at fault, no matter how indirectly.

Is carelessness worth the cost of a life?

Is adolescent immaturity worth someone else’s freedom and continued existence?

I don’t think it is.

More than that though, the less you social distance, the longer the shelter in place orders will remain and the longer it will be before life can begin to return to normal.