Why I Think Gary Johnson is the Real Deal 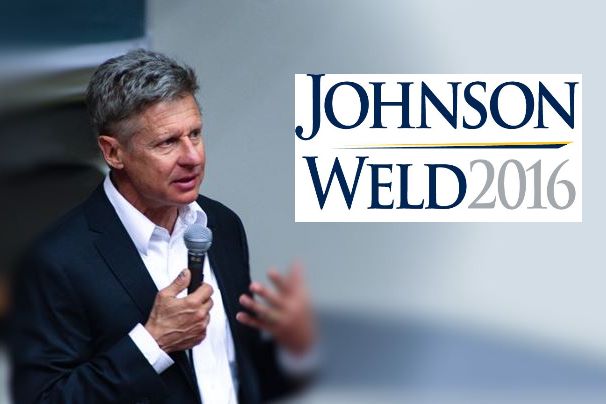 The presidential election is less than 24 hours away and the two major political parties have given us two of the most disliked candidates ever.

Growing up in a heavily Republican area, I could be described as an outlier for my previous support of Democratic presidential candidate, Bernie Sanders.

Back in June it became evident that Hillary Clinton was going to secure the nomination for the Democratic Party. While Donald Trump was about to do the same on the Republican side.

With Bernie Sanders out of the race, I was left with a few options. First was Darrell Castle of the Constitution Party, second was Dr. Jill Stein of the Green Party, and last but not least was former two term Republican governor of New Mexico, Gary Johnson of the Libertarian Party.

I examined these candidates stances thoroughly until I made my final decision. The only truly viable option out of the three was Governor Johnson, who had recently won the Libertarian Party’s nomination for the second straight election.

There are many reasons why I support Governor Johnson, but my two main reasons are his past experience as a Republican Governor and where he stands on social issues like all lives matter and freedom of expression.

If you want a candidate that has experience and always tells the truth, then Johnson’s your guy. Talk about “stam-min-a,” in a state that was 2-1 Democrat, as Republican Gary Johnson ended up winning the gubernatorial election twice, cut taxes 14 times, and vetoed more bills than the other 49 governors combined (about 750 of them to be exact.) The budget stood at $4.397 billion as he entered office and after his second term it was at an astonishing  $7.721 billion. This was an increase of about 7.3% per year that he was in office. He has openly called Donald Trump a “fascist.” His running mate, former two term Republican Governor of Massachusetts, Bill Weld, cut taxes a stunning 21 times without raising taxes a penny. And if that isn’t enough to sway you, he’s even climbed Mount Everest.

Why vote for a Libertarian you may ask?

According to Governor Johnson himself, “Most Americans are Libertarian but they just don’t know it.” Why is this? Because Libertarians tend to be “fiscally conservative and socially liberal.” This means that they generally want to lower taxes and give you more freedom on a personal level. This really goes along with one of the Johnson/Weld campaign slogans which is “keep the Government out of your pocketbook and out of your bedroom,” meaning: with the Democrats, you have to pay more and with the Republicans, you can’t express yourself. Libertarians also are very well liked among active military personnel because they are “non-interventionists” which means that they will not get involved in foreign affairs that don’t directly affect us.