Video Satire: A Day in the Life of Mr. Rutter 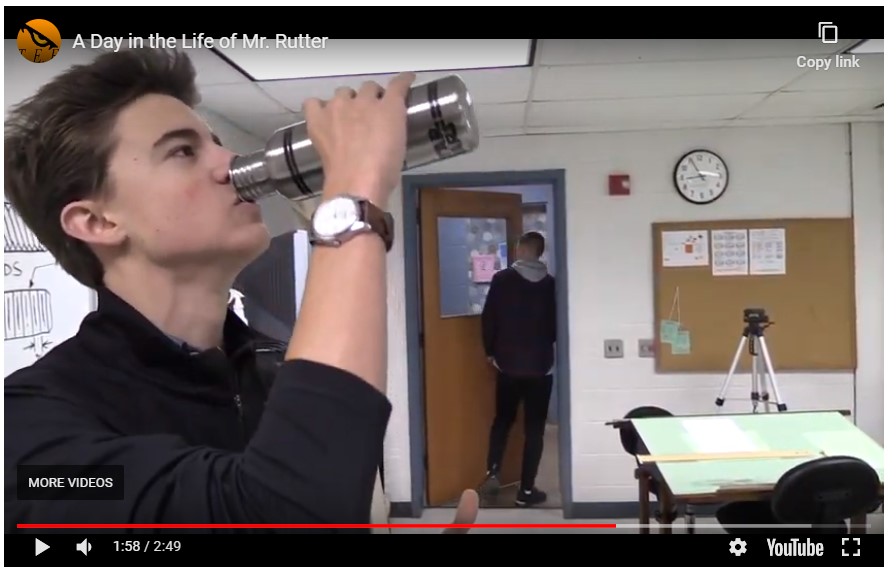 Mr Rutter, and his coffee.

Members of the Channel T video production team made two satirical videos about two popular Tyrone teachers with the hope that they would be shown during the 2019 Christmas Assembly.

Unfortunately, the students missed the deadline to submit skits and performances, so they could not be shown at the Christmas Assembly.

“We still wanted to show this to the public, so we decided to put it on the Eagle Eye,” said video writer and producer Jeremy Byers.

The script for this video was written by TAHS students Jeremy Byers, Brock Zimmerman, Nathan Walk, and Cody Harpster. They also starred in the production along with Chris Wilkens, Kevin Lehner, and Stephfon Locke.

The students would like to thank Mr. Rutter for being a good sport and allowing them to spoof his mannerisms.

As the old saying goes, “imitation is the greatest form of flattery.”