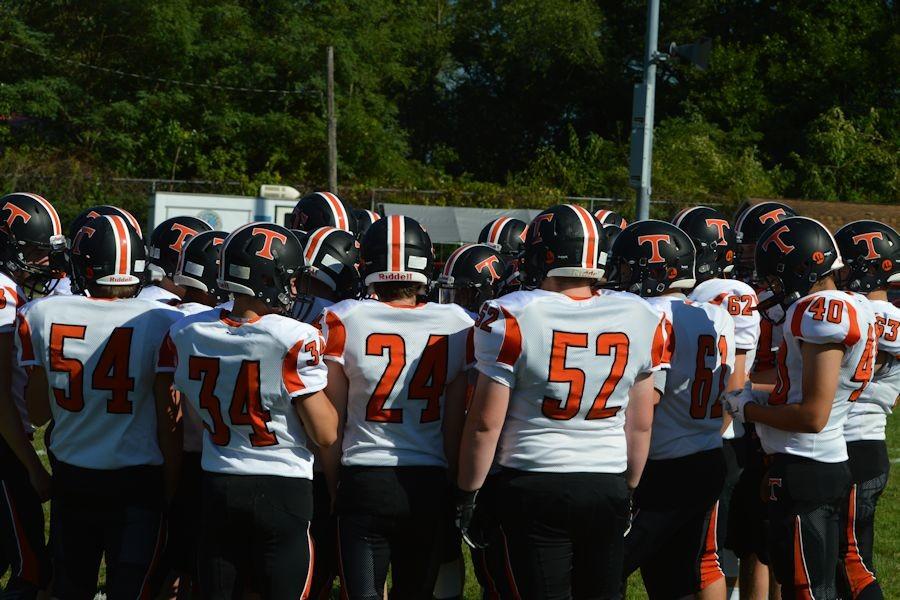 Tyrone’s JV squad fell short, even in a game that was more exciting than the Varsity game. Tyrone dominated basically everything on the field, but couldn’t capitalize on Central’s running game when the game was on the line. In the heroic effort to redeem themselves from Friday’s embarrassment, Tyrone fell short 28-26. With Brandon Loose out for this game, Tyrone’s running game wasn’t as hot. At least, that’s what was expected.

The Golden Eagles thrived off big plays. With running backs Tyler Albert, Grayson Putt, and RaShawn Hicks, Tyrone ran all over the Dragons. Along with their receiving core of Jacob Meredith, Brett Robinson, and Jamal Hicks, Denver Light was able to complete passes with a high efficiency.

Tyrone’s defense dominated most of the game, only giving up a few big plays. Sadly, they couldn’t capitalize when they really needed it. With 2 minutes left in the game Tyrone drove down the field like it was life or death. Light completed passes to Meredith and Hicks the whole way down the field, and drove the ball himself to score the final touchdown. In an effort to complete the 2 point conversion, Light hoisted up a pass for Meredith, but failed to make the decisive connection.

“That was possibly my favorite game. No matter how hard both teams wanted to win, we both showed sportsmanship and picked each other up after each play.” said RaShawn Hicks. Tyrone may have lost, but they still had all their pride, and all the respect for the Dragons. Tyrone will play the Huntingdon Bearcats on their home field next Monday.