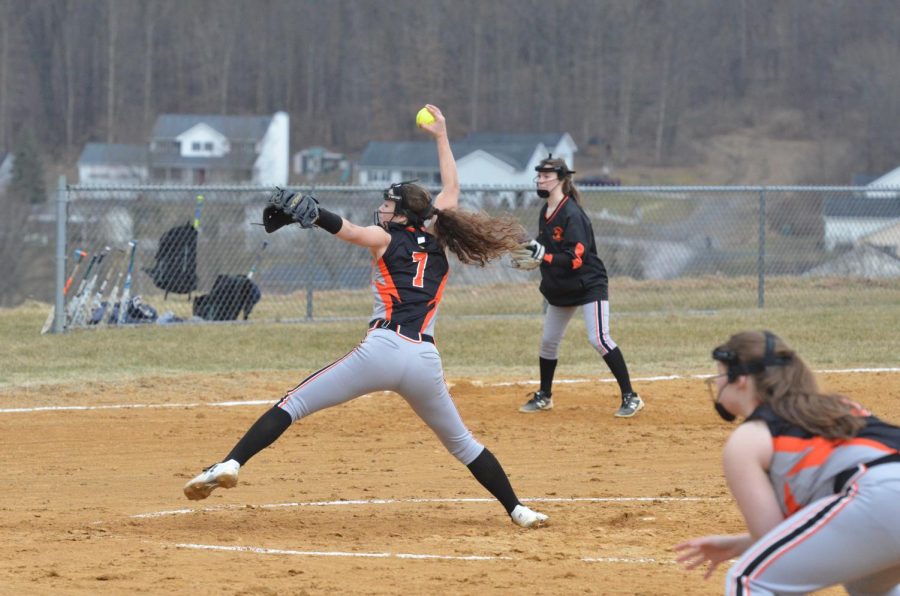 Tyrone Softball defeats Penns Valley 4-1 in five innings due to rain with a two-run home run by Callie Maceno.

In the top of the second inning, Ella Pearson starts off with a single to left field then steals second on next pitch. Ally Jones singled to right field and Pearson advanced to third and Jones advanced to second on the throw. Sydney Shaw came up to bat and struck out on drop third strike. The catcher, Caroline Collison, threw the ball to first for an out and Pearson scored. Victoria Reese then hit a single to right field to score Jones for the to be 2-0.

In the next inning, Cate Baran started off with a single to left field and advanced to third on an overthrow to second base. Maceno the smashed a home run of the score board in left field on a full count for the score to be 4-0.

Penns Valley scored their lone run in the bottom the third. Penns Valley’s pitcher, Lydia Collison, hit a double to center field and advanced to third on a wild pitch. Kaylah Thompson was then walked and stole second to allow the run to score at home.

Baran was the winning pitcher with seven strikeouts and only giving up two hits.

The Lady Eagles are 8-4 for the season and the next game is home Friday April 26th against Huntingdon.