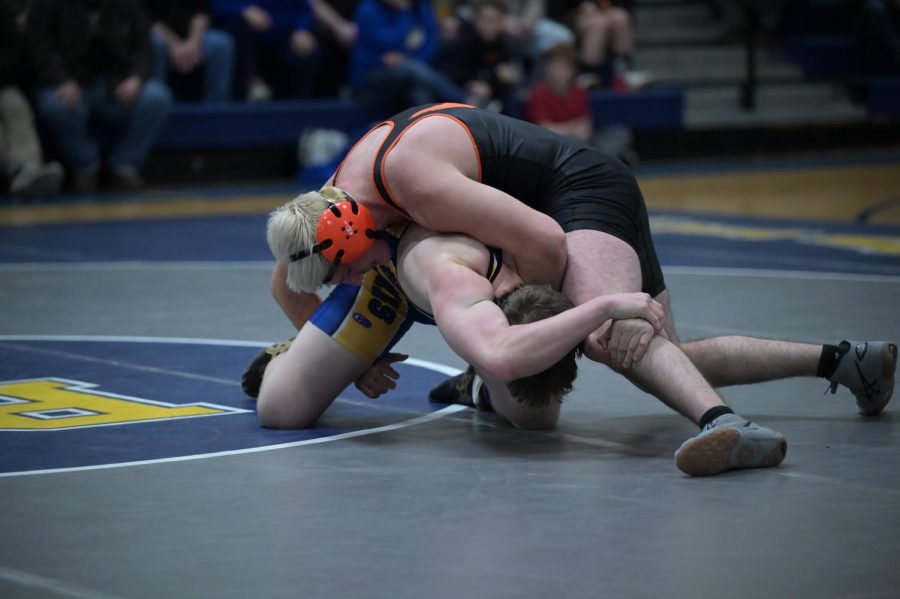 Rising like a phoenix, the Golden Eagles made a climatic comeback from a controversial loss at Huntingdon, bringing the Bellwood Blue Devils to their knees in a 60-9 victory.

The Eagles won 10 weight classes with five pins and five forfeits; Bellwood only managed to have two wins in the entire match.

Junior Reese Wood wrestled Elias Alley, Alley made it through the 1st period but he met a grim fate in the beginning of the 2nd period.

Senior Jason “Butch” Barr Wrestled Bellwoods Pluebell. Pluebell wanted a win but Barr “wasn’t having it” and Barr reversed on Pluebell then pinned him in a cradle in the 2nd period.

Sophomore Andrew Weaver was looking to scrap, Bellwoods Xander Shank was looking to survive 3 periods. Weaver dominated Shank for 3 periods, nearly tech falling him but at the very end. Weaver pinned him with only 38 seconds remaining in the period.

Bellwood only had two wrestlers, Julius Diossa and Ethan Norris, put points up on the board.