Tyrone Softball Picks Up Another Win For Split Record 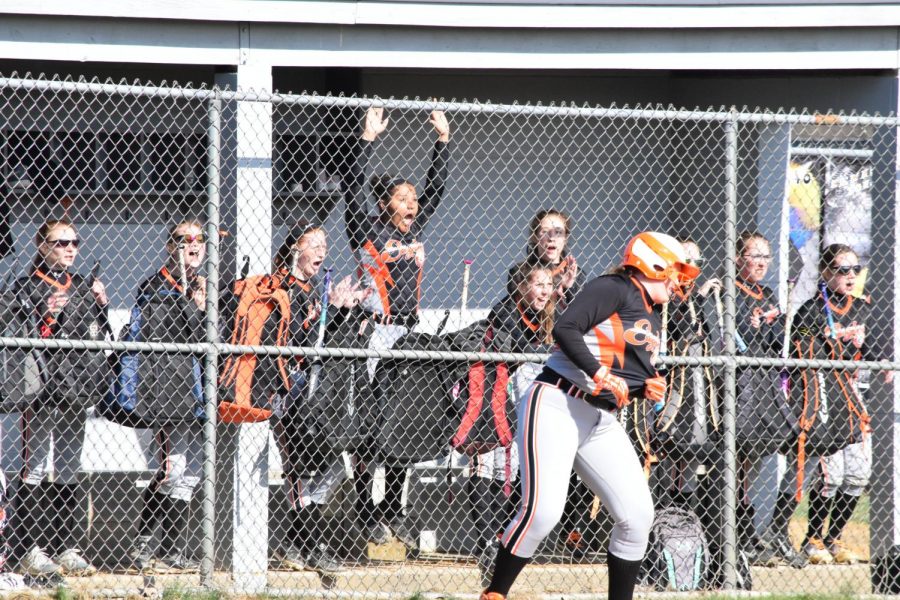 By Cate Baran and Ally Jones

Tyrone Varsity softball built up a five-run lead in the third inning to defeat the Lady Bearcats by a final score of 5-3.

Cate Baran got the win for the Lady Eagles with allowing four hits and striking out 13.

“The support of the team behind me helped me to get the 13 strikeouts during the game,” said sophomore Cate Baran

The Lady Eagles started off the game by getting C. Baran on first from an error by the second baseman. Winnie Grot came into courtesy run for C. Baran. Ally Jones kept the inning going by reaching first by an error by the shortstop. Grot took the opportunity and scored the first run for the Lady Eagles. Emily Hamer came up to bat next and doubled to right field to move Jones to third, and then Callie Maceno hit a ball to the pitcher for Jones to score. Hamer also scored at the end of the inning by a ground ball error on the first baseman to make the score 3-0.

Later in the game, both Hamer and Grace Gensimore walk to put runners in scoring position. Emily Lehman singled to center field to score Hamer and Gensimore remained on third. The Lady Bearcats pitcher then threw a wild pitch to allow Gensimore to score.

In the sixth inning, the Lady Bearcats answered the Lady Eagles with three runs. One error from Tyrone and two hits from Huntingdon allow them to score.

“This was a good win, but now we need to focus on beating P.O. on Friday,” said sophomore Ally Jones.

Lehman had multiple hits for the Lady Eagles and the team had five hits as a team.

The Lady Eagles play their next game Friday, April 20 at Philipsburg at 4:30.