Tyrone looking for revenge this week vs. Central 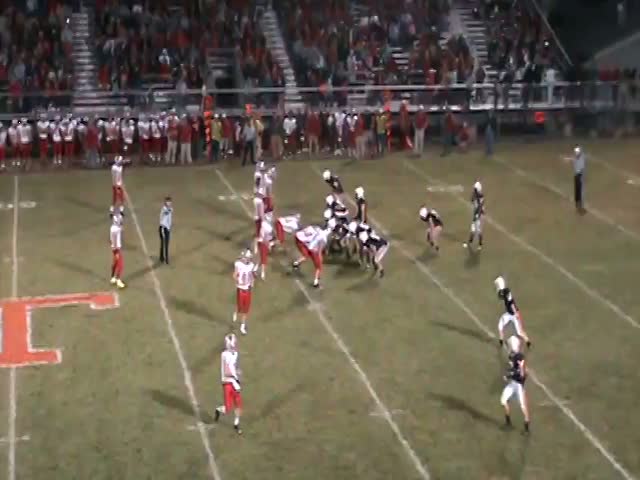 The Eagles line up for a play vs. Bellwood last week.

With game one of the season over the Golden Eagle football team defeated the Bellwood-Antis Blue Devils Last Friday.

This week the Eagles take on The Central Scarlet Dragons. The past two matchups vs. Central ended in defeat for the Golden Eagles. The Golden Eagles fell to the Dragons 28-0 two years ago and lost 26-12 to the eventual District 6 champion last season.

The Eagles are hungry for the big win this season.   Although the Bellwood game was a nail bitter the central game will be just as good.

“The Central game is going to be a test for us. It is going to tell us where we are as a team,” said junior starting defensive end Ricky Reader.

“Central has a good with a lot of speed but if we play to our potential we will stop them,” said senior starting QB Garrett Hunter.

“We are going have to watch for the Dragons WR Dillon Feathers on film, he looks like a tank,” said Reader.

“This game is more of a Brawl then the Tyrone Bellwood rivalry. I would like to finish my senior year of football knowing we got an outspoken win against the Central Dragons,” said starting outside linebacker Duane Boone.

The Tyrone vs. Central game will be anything but boring for the crowd tonight.