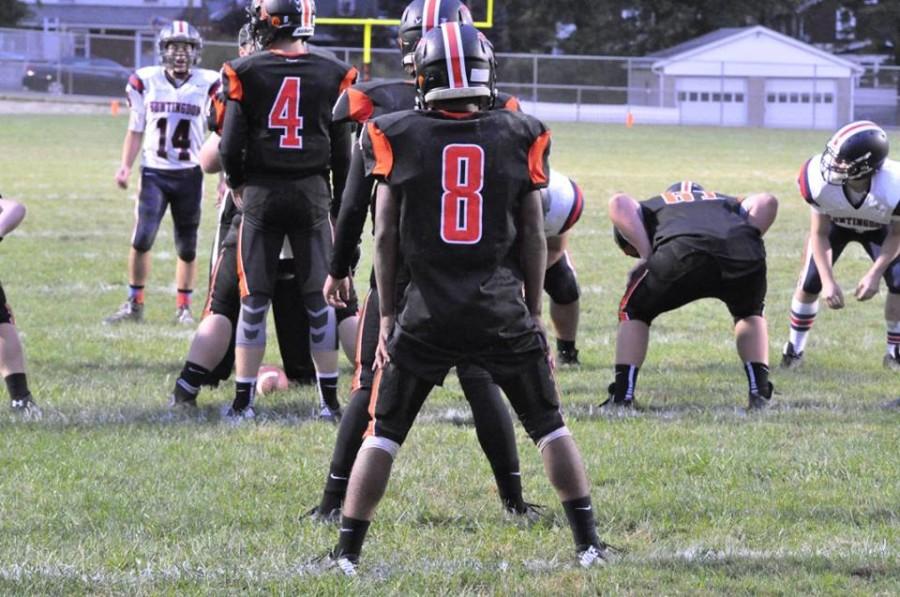 Tyrone had many good long drives but could not get into the end zone. They took the ball inside the twenty several times but failed to complete on fourth and goal.

Huntington had a strong offensive game, but Tyrone’s defense was tough, giving up only one touchdown on the night.

Tyrone came into the game without a few key contributors from last week.  They lost Grayson Putt and Tyler Albert to injury, and Brandon Loose to the varsity squad. To step in, Tyrone put Kyle Plummer and RaShawn Hicks in the back field. Tyrone kept basically the same receiving core with Jamal Hicks, Brett Robinson, and “Mr. Catch-it-all,” Jacob Meredith.

As our coaches say “It only takes one play to win a close game.”

That’s exactly what happened in the 2nd quarter. Huntington would drive down the field on Tyrone and on 4th down there quarterback connects with his wide receiver for a Huntington touchdown

Denver Light had a hard time connecting in the beginning with his receivers, but Tyrone used their faith and determination. Denver connected with Meredith 4 out of his 6 attempts on the final drive. Sadly with the bad luck Tyrone has seemed to have, Light threw an interception in the final seconds with basically Huntington’s team after him. “I tried my hardest to make the play, but no one was open, so with 30 seconds and less on the game clock I went to Meredith and hoped to see him make a play.”

Come support Tyrone as they play Philipsburg-Osceola next Monday on PO’s  home field.