Many Tyrone residents believe the old graveyard to be haunted 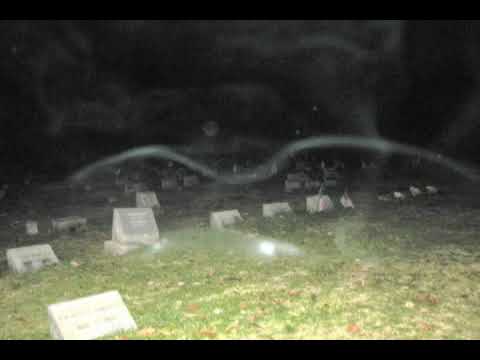 The first stop the Eagle Eye ghost hunters stop at is Baughmans.

It’s that time of year again! Time to be creepy and gruesome.

In honor of the Halloween season, the Eagle Eye would like to take our readers on a tour of haunted locations in our area over the next few weeks leading up to Halloween.

The first place on our list is Baughman’s cemetery in Tyrone.

Baughman’s has a very big reputation for being creepy as all hell.

“I’ve been to Baughman’s more than ten times in the past year. I have seen orbs of light and three times out of ten times I’ve been there I’ve heard old war music. Like a beat of a drum,” said Tyrone junior Ricky Reader.

Baughman’s holds true to a legend about a man hanging lifeless in a tree in the grave yard. Legend has it that if you are there around midnight you might see a figure hanging in the tree on the far side of the graveyard.

As you drive up to Baughman’s Cemetery you’ll see several houses and a bend in the road. As soon as you turn on the bend, you’ll see a burial plot that you might think is a seven foot figure just waiting to scare the hell out of you. Then you see the tree, the tree that’s on the opposite end of the entrance to the cemetery: the legendary gallows tree.

“I have been to Baughman’s Cemetery about four times,” said Tyrone junior Zack Soellner, “One time in particular was Halloween night last year.  A few friends and I went up to Baughman’s pulled next to the tree and sat. We sat there for a few minutes. Hoping, just hoping we would see something interesting. And then within moments all of us in the car could of swore that we saw a shadow of a human hanging in the tree. We then proceeded to get out off of the premises ASAP.”

Baughman’s is an extremely peculiar place it’s almost recommended to visit the cemetery sometime at night if you’re into getting scared.

It’s for sure a place to give you the heebie-jeebies, goose bumps, you name it…you’ll get it!