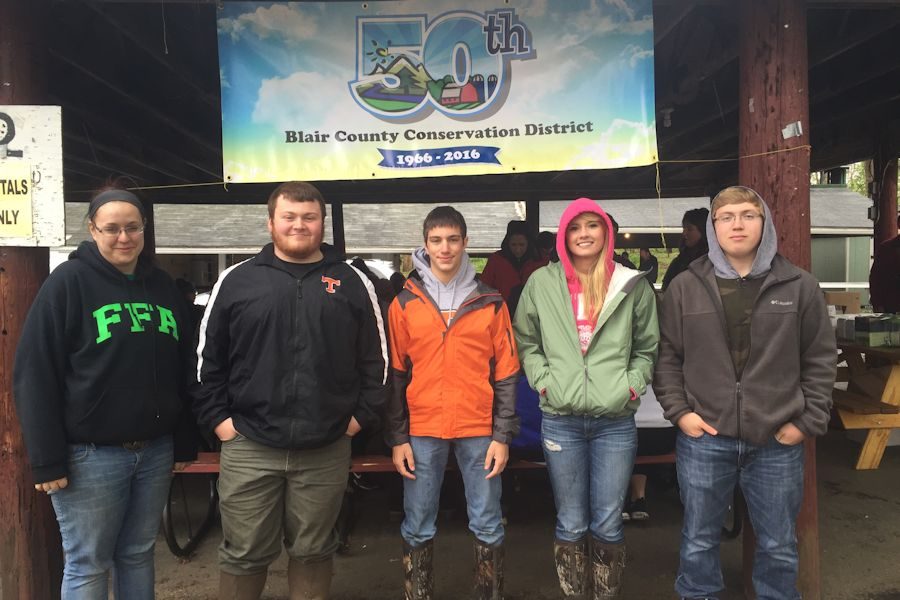 By Jaylon Beck and Tiffany Hoy

“It was an amazing experience and I’d recommend anyone to go, it’s fun to copete and test your skills against other teams,” said Crofcheck, “four months of studying really pays off and I’m proud of my team for having the highest scores in Aquatics and Wildlife.”

The team created their own strategies on how to study for the event. “We actually divided up the five stations by our individual interests,” said Cherry.

According to the Pennsylvania Envirothon website, the competition was created in 1979 by the Fulton, Luzerne and Schuylkill county conservation districts. Interest in the program expanded and the first state competition was organized at Shaver’s Creek Environmental Center in Huntingdon County in 1984, with six teams competing.

The program now includes more than 15,000 high school students from all of sixty-seven counties in Pennsylvania.

The Envirothon challenges high school students in a county wide competition on aquatic ecology, forestry, soil/land use, wildlife and a current issue which changes annually.

It is open to five member teams from public, private, religious and home schools, students vie for the chance to represent Blair County at the Pennsylvania Envirothon with the potential to go to the National “Canon” Envirothon.

The Envirothon emphasizes the importance of environmental sensitivity while stressing a need to achieve a social, ecologic and economic balance in life.