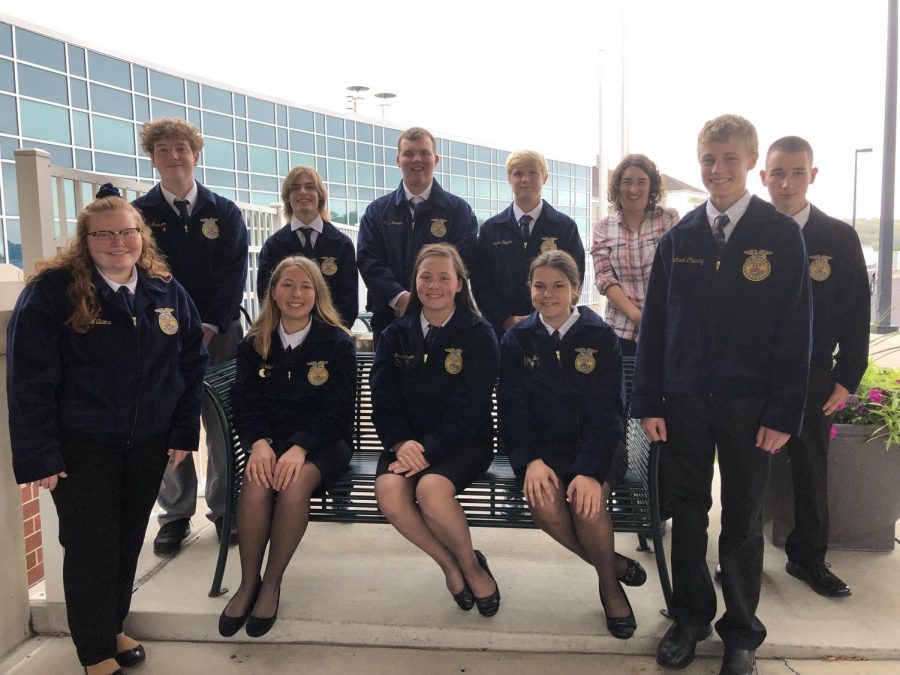 At the conference, the members split up to go to various workshops. Four of the chapter officers went to their own workshops for their specific office, and they all came back together for a group team workshop afterward. This group team workshop focused on working together as a team, communicating with each other, and accepting the results as a team.

While the officers were in their workshops, the other members attended their own workshops. They went to different rooms to learn about FFA Official Dress, SAE’s and the Three Circle Model, possible agricultural-related career paths, and FFA history.

“I really enjoyed FLC. The workshops were fun and interesting, and engaging. I encourage any eligible FFA members to go,” said freshman FFA member Catie Ewing.

Following their workshops, the group came back together for lunch and then headed to a full group teamwork activity. The teamwork activity included being split into 30 different groups and engaging with those in your group through various activities. These activities included stating a 2-3 sentence job description for yourself and recognizes things that discourage you from doing the things you want to do.

“My favorite part was getting to know everyone and working as a team,” said freshman FFA member Joshua Patterson.

Many of the members greatly enjoyed the day and are looking forward to this year in FFA.

“It was really nice to get out of our comfort zones and meet new friends from other chapters. I would love the chance to go again,” said sophomore Libby Buck.