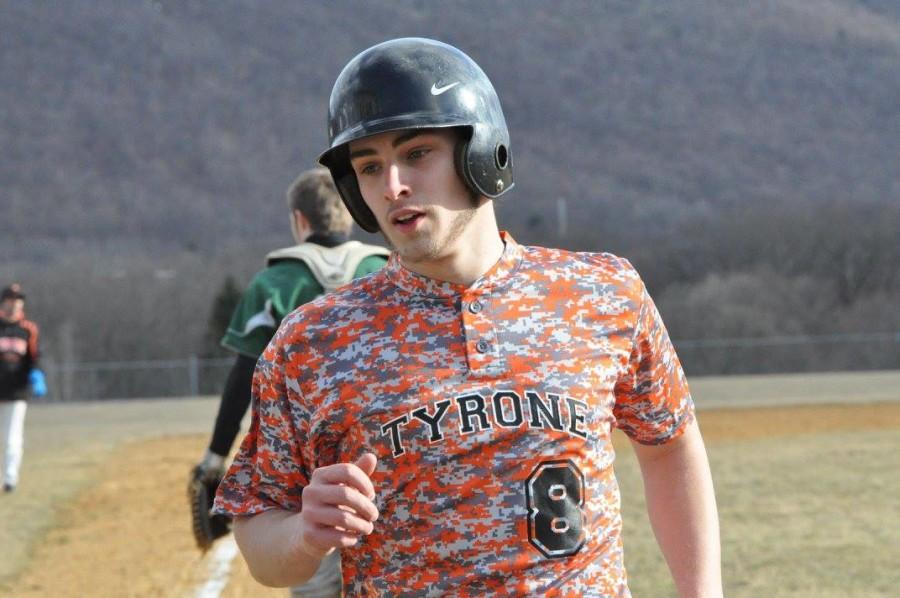 An outstanding pitching performance by Tristan Lingafelt, a clutch save by Hunter Jackson, and timely hitting by Zack Soellner led the Tyrone baseball team to a 8-5 Mountain League victory yesterday at Penns Valley.

“I struggled at first but thanks to my defense behind me, I was able to get in rhythm and throw strikes and get the outs,” said Lingafelt of his start.

Tyrone’s  Zack Soellner went 2-3 and scored a run and had four RBIs in the game.  Matt Brennamen and Pooky Soellner also had two hits a piece for the Golden Eagles.

“We came out strong early and ended up with a good team win,” said Soellner.

The Eagles will be in action Wednesday at home vs. Phillipsburg at 4:30.