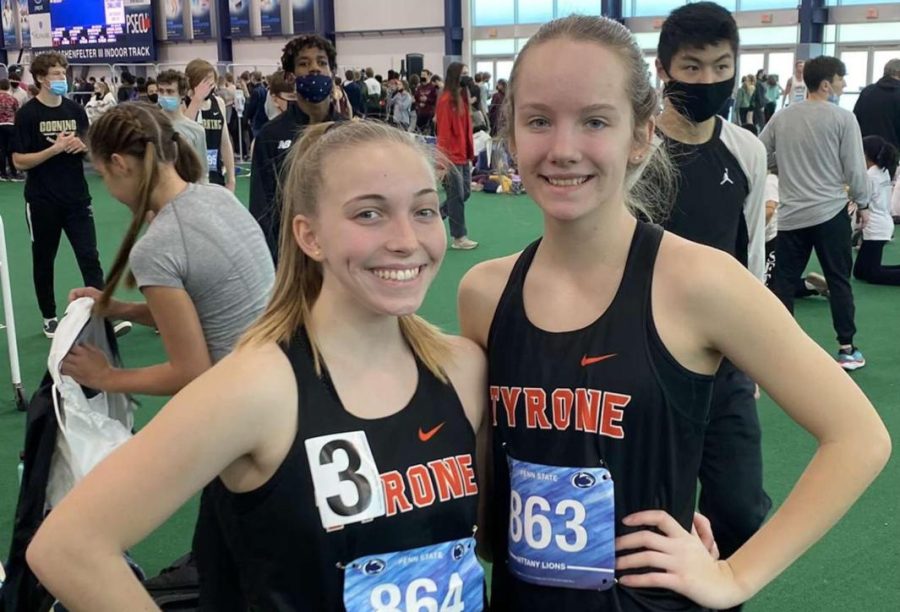 By competing in the winter, these athletes are working to improve their technique and fitness for the upcoming outdoor season.

“I feel as though the track team is doing really well so far. I can’t wait to see how the next couple indoor meets go since we have more people competing,” said Latchford

The indoor season began on December 15th. Latchford led Tyrone by taking first place in her two running events, the 60-meter dash, and the 200-meter dash, as well as placing 2nd in her field event, the long jump.

Junior Gavin Woomer represented the Tyrone boys in the shot put, placing 11th with a 35’4 throw.