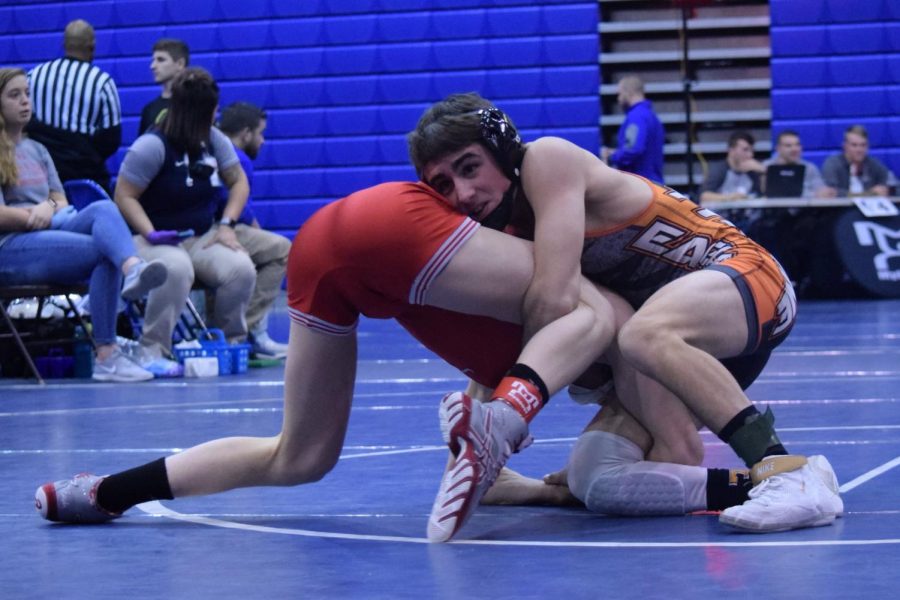 The Tyrone Golden Eagle Wrestling team participated in the Trojan Wars Tournament in Chambersburg, PA on December 28th and 29th and had two wrestlers place in the top ten.

The Trojan Wars tournament is one of the largest invitational tournaments of the season and attracts wrestlers from across the state, as well other states.

With eight wrestlers the first day, the Golden Eagles went 7-11 with three moving on to the second day.

Freshman Zack Lash and sophomores Noah Sprankle and Alex Weaver went 0-2 and were unable to move on to the second day.

With a 2-1 record, sophomore Tommy Hicks advanced to the second day, along with Sophmore Hunter Walk who had a 2-0 record.

In the Junior Varsity tournament, sophomore Anthony Dalesio ended the day with a 1-1 record and moved on to day two.

In day two of the tournament, the three wrestlers went 4-4 with Hicks placing tenth, and Walk placing seventh. Dalesio and Hicks went 1-1 while Walk went 2-2.