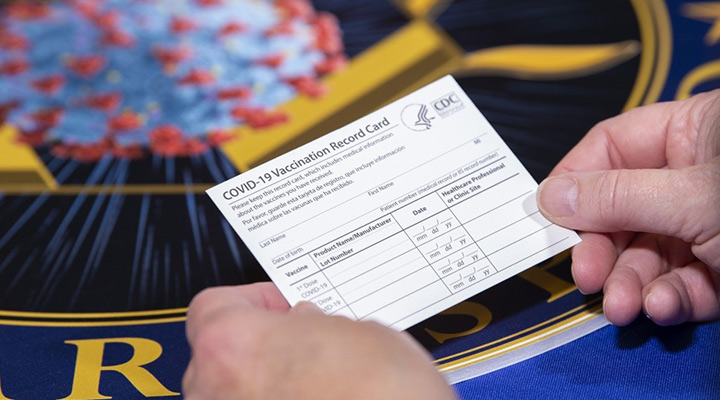 Among the 101 employees who responded to the survey, 60.4% of TASD employees that they would take the COVID vaccine, which is almost identical to the percentage reported by the recent Pew Research survey (60%).

Only 4.2 million Americans received their first dose of the COVID-10 vaccine by the first week of January.  That is about 15 million doses short of what federal officials had hoped for by December.

While the reason for the slow rollout of the vaccine has been mainly distribution problems, a lack of trust in the vaccine by a significant percentage of Americans is also a factor.

According to a recent Pew Research survey, 60% of Americans said they would “definitely or probably” take the coronavirus vaccine if available to them today, up from 51% in September.

Among the 101 employees who responded to the survey, 60.4% of TASD employees that they would take the COVID vaccine, which is almost identical to the percentage reported by the recent Pew Research survey (60%). 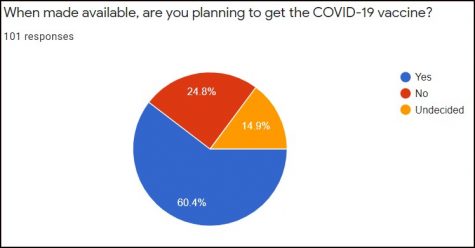 Survey respondents were also asked to explain the reasons for their choice. Almost 80% of those who took the survey left a comment.

Among those in favor of getting the vaccine, most cited trust in science and a desire to do their part to help end the pandemic.

“I believe in science. I want to do my part in stopping this global pandemic. I want to ensure that I’m doing everything possible to keep people safe, especially those I love. Doing my part means wearing masks and social distancing, as well as getting this vaccination., said one respondent.

“I feel that as a teacher, it is important to remain healthy for our students, co-workers, and family members. Let’s get this world back to where it needs to be,” said another.

“I have family members who are medical researchers. We have had many discussions on the vaccine. As a result, there is no doubt in mind, I want to take the vaccine because the benefits far outweigh the negatives,” added another.

Among the 24% of respondents opposed to taking the vaccine, they often cited how new it is or were concerned about possible unknown side effects.

“I am not comfortable getting the vaccine due to the newness of it. Also, my family and I do not receive flu shots so even if it was a vaccine that has been around for some time, we would still opt-out,” one staff member stated.

“I don’t usually get the flu vaccine or any other vaccines offered. I rarely take medications even when I get a headache! I’ve already had the virus. The vaccine is so new…I will wait for a later version if I even get it at all,’’ said another TASD employee.

To read all of the comments made on the survey, click the link below:

TABLE OF ALL COMMENTS MADE ON EAGLE EYE VACCINE SURVEY

In the community outside of TASD, opinions are also varied.  John Thompson of Altoona agrees that the vaccine seems to get rushed but at the same time, it is important to take it.

“Every citizen in this country has a major responsibility to take the COVID vaccine,” said Thompson.

“The virus is just going to keep spiraling out of control if people don’t do what they are supposed to do and get the vaccine,” Thompson said.

However, Linda Johnson, a retired doctor in Pittsburgh is skeptical of the vaccine.

“One of the most dangerous things about the vaccine is we really don’t know the side effects of the vaccine,” said Johnson. “In previous times vaccines were rolled out it took many years of testing and retesting this vaccine was just kind of rushed on to the table just to get it out there as soon as possible.”