The Women’s March was Necessary 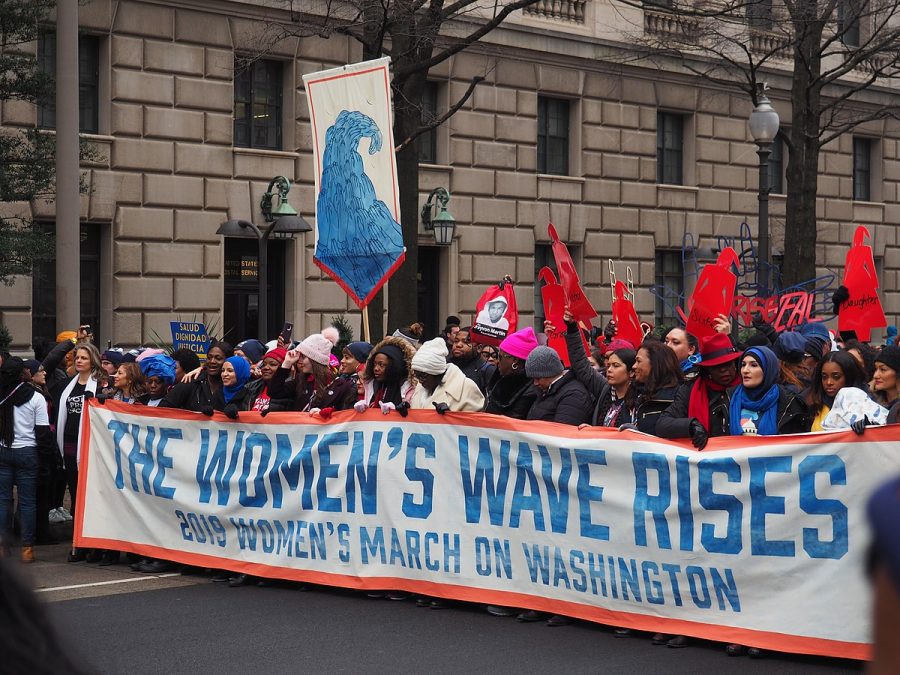 Protesters at the 2019 Women's March on Washington, D.C.

The dark day was cloudy and cold.  But out of the monotony, a wave formed. The sea of pink hats and signs washed across the Capital like an ocean current sweeping across the beach.

On January 19, 2019 approximately 100,000 protesters swarmed the US Capital in Washington D.C. for the 2019 Women’s March in support of women’s rights, and equality in general.

Washington, D.C. was one of many cities across the nation to host a sizable protest march.

In Washington, DC the march was surrounded by armed security personnel in military vehicles. Counter protesters lined the sidewalk holding up signs but the march continued.

So far during his presidency, Trump has attempted to defund Planned Parenthood, mocked women, mocked the disabled, and has been personally accused by 20 women of sexual harassment.

While treatment of women in society has been slowly improving, there is still a massive gender pay gap between men and women.

The overwhelming message of the 2019 Women’s March was of equality. The day was filled with events all over the country as people marched for their own rights. The speeches consisted of messages of overall equality.

As Langston Hughes once wrote,“Let America be the dream the dreamers dreamed—Let it be that great strong land of love. Where never kings connive nor tyrants scheme. That any man be crushed by one above. (It never was America to me.)”

That’s what the march stood for. To make America be America, the land of the free.

The women’s march is necessary because, like Langston Hughes felt when he wrote “It was never America to me,” the march sent a message that America isn’t free yet because there are still some oppressed people.