The Look Ahead: Eagles Hope to Rebound vs P-O 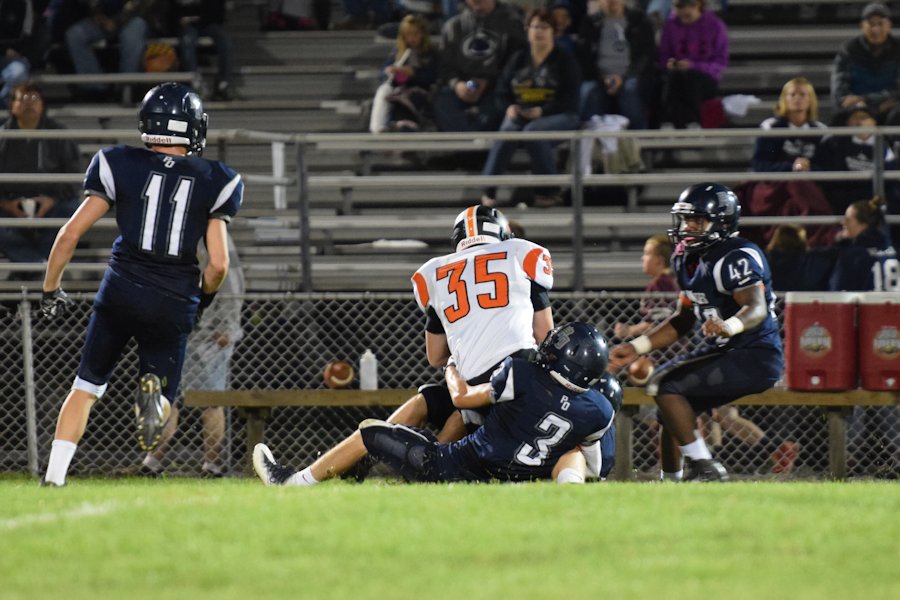 The 0-3 Tyrone Golden Eagles are set to host the 1-2 Mounties of Philipsburg-Osceola on Friday. This game should be a test for both struggling teams and, for better or worse, might set the tone for the rest of the season.

The Golden Eagles made a strong push going into the half last week with the score 14-7 Huntingdon, but ultimately the Bearcats pulled away with a 26-14 win. On the other side, Philipsburg is looking to rebound after a 42-8 loss to Bellefonte.

Tyrone has not lost to Philipsburg since 2004. It has been a rough year for the Golden Eagles, however. Tyrone still seeks their first win of the 2017 campaign while Philipsburg’s only win of the year came to a struggling West Branch team in week one.

The Mountie offense has been somewhat mediocre, averaging less than two touchdowns a game going back to last season. Philipsburg tends to run out of shotgun with the running back set to either side. This is something many opposing defenders have been able to crack down on this year.

The Philipsburg defense has been very subpar this year when it comes to defending the outside run. The Mountie defensive backs have also had some problems defending passes. They blew coverage multiple times last week against Bellefonte.  Last season the Mounties gave up 50 points or more four times, while three other opponents reached 40 or more points.

On the other hand, the Tyrone offense has been stagnant this year. Errors on special teams have plagued the Eagles so far, including a few bad snaps on punt against Central back in week two. The strength of Tyrone has definitely been the defense, which has kept them in the first few games.

The Eagles are hoping that this is the week that the offense will break out.

“If we can go out there and just limit the mistakes and play with aggression, we’ll win this game.” said junior lineman Isaac Jackson, “We need to do the little things.”

If Jackson and the offensive line can dominate at the line of scrimmage against the Mounties, it is very likely that the Golden Eagles can bring their offense to life and record their first win of the 2017 campaign.