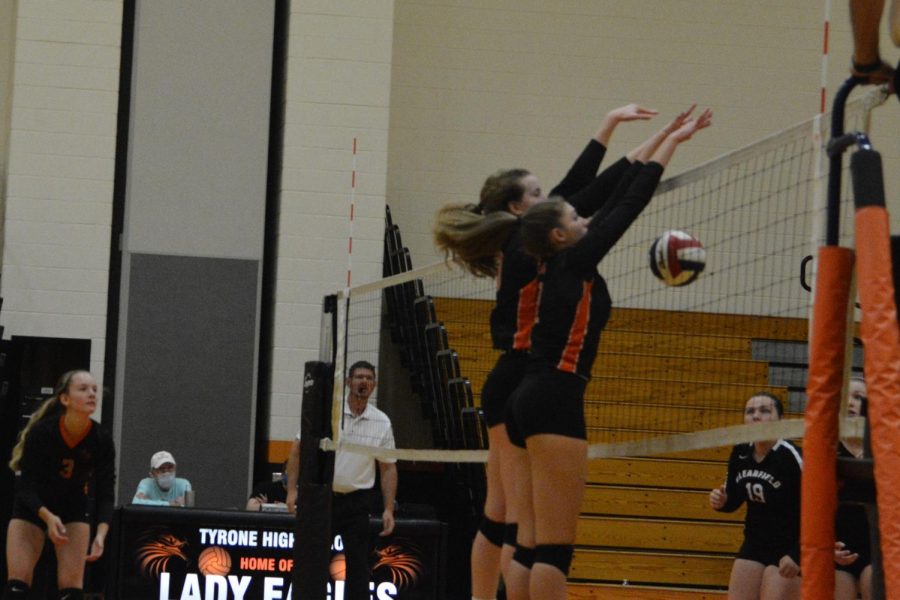 In their 2020 season opener Monday night the Lady Eagles took their first step toward the goal of returning to the district playoffs with a comfortable 3-0 win over the visiting Clearfield Bison.

Because of COVID crowd restrictions, the game was played in an empty gym. To accommodate the limit of 25 people at an indoor event the team’s bench players had to shift into the gym from the hallway during the game.

Despite these challenges, the Lady Eagles were able to focus on what was happening inside the lines and play their game.

“I’d say the team really just had to focus and play at the same level of competitiveness at all times, no matter who’s across the net or what the score is,” Gehlman said, “Even though Clearfield couldn’t really compete with us, I think we did a good job of still being aggressive and not letting up just because we were winning.”

In the last set, the Bison showed some signed Eagles wanted to finish what they started which was to win. They pulled through and won the last set 25-14.