Fall Sports in Review: Taylor and Miksich Lead the Golf Team to a Successful Year 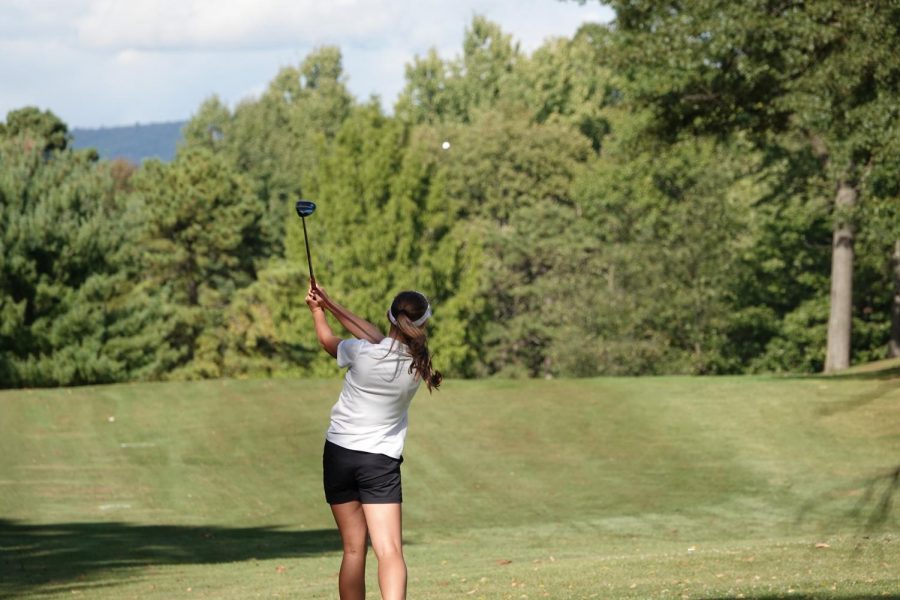 The Tyrone varsity boys golf team started the season for the first time in over a decade without head coach Greg Ferguson, and one of his boys playing on the team.

Tyrone High School chemistry teacher, Michael Funicelli took over for the 2019 golf season as head coach. Funicelli has been playing the game for over 15 years, and he has the knowledge and motivation to create a successful future for the golf team.

The golf team had nine returning players. Seven of which were seniors returning for their final season, and many of them had played a lot over the summer, so the team’s expectations were high.

“Before the season started I was glad to see everyone was putting in the work over the summer, and I was excited to finish my high school golf career with a great team,” said senior Brent McNeel.

The team still had a successful regular season, placing second out of the eight Mountain League teams. Their record was 25-3, and they were able to deny a perfect season to Philipsburg.

“The regular season, for the most part, was a success.  Finishing 25-3 in the Mountain League was great. Beating Phillipsburg (a possible state champion) at Nittany Country Club was unforgettable,” said Funicelli.

The team headed into the playoffs and took third at sectionals to moved onto districts. The team went to districts and suffered a frustrating loss, but junior Jake Taylor moved on to regionals as an individual competitor.

Taylor qualified for regionals and led Tyrone by shooting an 80, giving him a sixth place finish.

“I knew the cut line would be in the low 80’s, so I concentrated on my game and came into the clubhouse with a good score,” said Taylor.

With no girls team at Tyrone, Freshman Cassidy Miksich competed with the boys all season.  But for districts, she competed against other female athletes and won the girls District 6 Championship and moved onto regionals as an individual competitor.

Miksich won the district title in a sudden death playoff.  She was unfazed by the pressure and made a clutch putt for par on the first playoff hole to beat Jaylee Sikora from Central Cambria.

“It was overwhelming when I first made the putt to win. I couldn’t believe that all my hard work paid off,” said Miksich.

This was a major accomplishment for Miksich because she is a freshman, and it is her first year on the golf team.

“I was super proud of Cassidy for what she accomplished at districts. Not only did she shoot her best round of the season thus far (83) but after learning that she tied for first, she then had the mental fortitude to achieve victory in a one-hole playoff, against a senior no less. Most high school golfers would have buckled under that amount of pressure,” said Funicelli.

Miksich fell short of qualifying for the PIAA State Championship match, but is look forward to making another run next year.

“I am proud of my accomplishments this year. I achieved a District Championship and this is only my freshman year. Even though I fell short of the State Championship I have three years left to make a statement,” said Miksich.

The golf team will look to rebuild next year due to the seven seniors graduating.