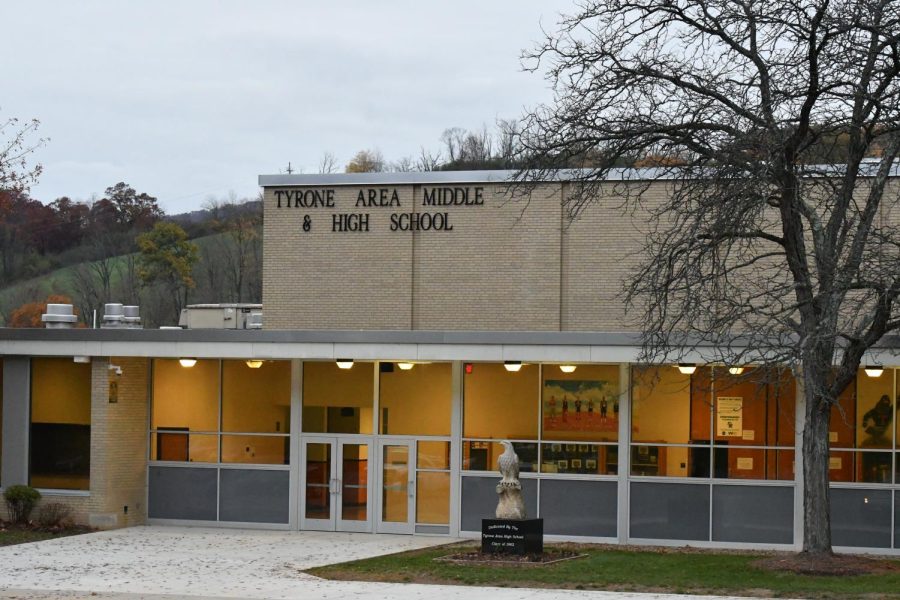 Tyrone Area High School should have a new high school principal by the end of the school year.

Since Tyrone High School principal Tom Yoder announced his retirement, students and staff at TAHS have been eager to learn who will take over for Yoder and when the transition will occur.

Yoder has been the high school principal for the past 15 years and students and staff are hoping that the new principal will have an open mind and be thoughtful towards the mental health of everyone.

“[The new principal should] care about students’ mental health more than anything,” said junior Elizabeth Fryer.

Several teachers are looking for certain qualities in a principal such as one who listens and cares about teachers’ physical and mental health.

“In all of the places I have ever worked, the most successful leaders are those who come in with an open mind, eyes, and ears.  They don’t come in and start making changes just so they can put their mark on the job, but watch and learn about those things that are working and those that aren’t before making changes,” said high school social studies teacher Cummins McNitt.

The district posted the job vacancy announcement for the high school principal position on December 13, with an application deadline of January 5, 2022.

Tyrone Superintendent Leslie Estep declined to share the number of applicants that the district received, but did say that they have applications and will begin the process of selecting candidates for interviews.

She also said that there will be time between Mr. Yoder’s retirement in March and the transition of his replacement.

“That length of time will depend upon when we are prepared to make a recommendation to the school board for approval and the amount of time that the replacement will need or be required to give in order to transition from his/her current position,” said Estep.

Yoder previously announced that he plans to leave the district in mid-March.

According to Estep, once the first round of interviews is complete, the administration will determine if additional information is needed from each candidate and what other scenarios they would like to see the candidates react to before making a formal recommendation to the board.

Estep said that students should expect a smooth transition to new leadership for the high school.

“In the interim, staff and students can expect to see several [administrators] pitching in to assume Mr. Yoder’s duties. Fortunately, the high school has a strong support team with Mr. Rhoades, Ms. Koeck, Mrs. Campbell, and Ms. Flanigan leading the support staff and teachers,” said Estep.

There is no set date for which the new principal will be formally appointed, but Estep hopes to make a recommendation at the February or March school board meeting.

In addition to holding a valid K-12 Principal Certificate, the job posting requires candidates to have a minimum of five years of successful instructional experience or equivalent administrative experience.

The posting also states that the “principal should be familiar with the community culture and ultimately be able to effectively work with staff, students, parents, and community members.”