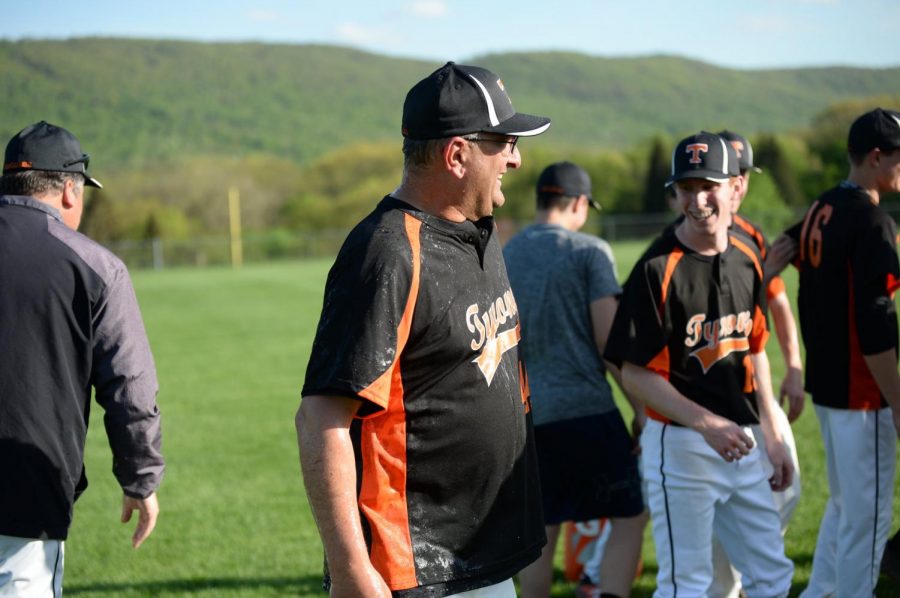 The Tyrone Eagles baseball team is preparing for a successful season after the 2020 was cancelled due to COVID. The team has a large number of seniors who are ready to play

“Our expectations for this season is to obviously win the Mountain League, make it to the playoffs, and hopefully take it to states from there,” said Tyrone senior Rodney Shultz.

The Tyrone Eagles have been working hard to follow through on these goals while also following COVID restrictions.

The Eagles should be strong in all three phases of the game: hitting, fielding, and pitching.

The seniors this year are Brendan Grazier, Dylan Vipond, Bryce Hunter, Blaine Hoover, Rodney Shultz, Michael Buck, and Brandon Lucas. All of them have been practicing hard to make sure that their final high school season is a great one.

The first game is tomorrow against Penns Valley and expectations are high with Penns Valley earning their first win of the season against Huntingdon.

Tyrone baseball head coach Kevin Soellner stated, “Our expectations are that we should be up there against tough teams like Central and Bellefonte.”

“Our goals are always to go out and win the mountain league, district title, and go as far as we can in states,” said Soellner.

The Eagles are ready to play, and are working hard for a successful season.