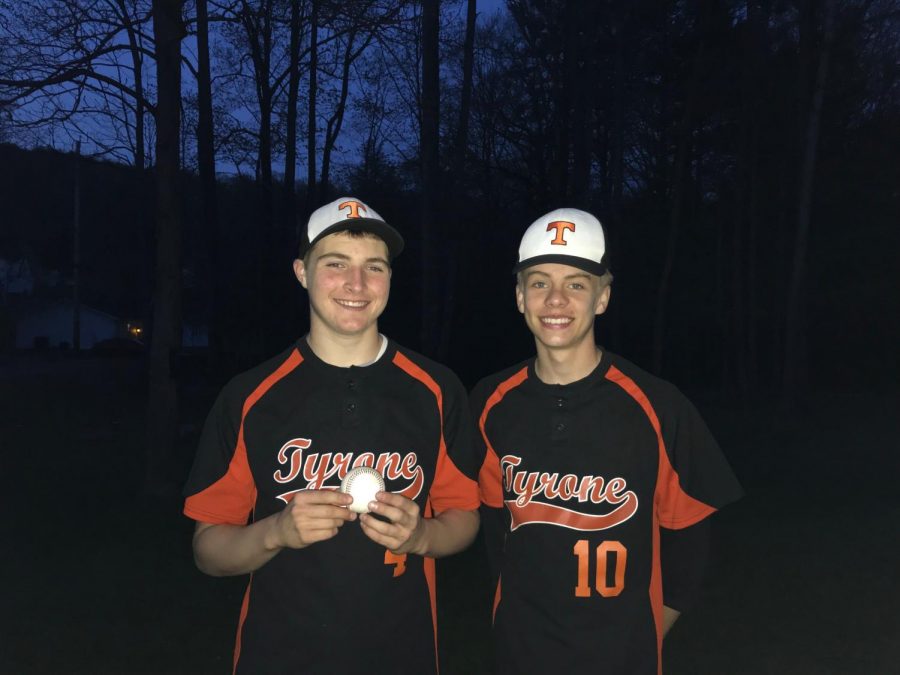 Lucas and Shultz have played baseball together for years

When sophomores Brandon Lucas and Rodney Shultz were in fourth grade, they lost their dear friend and classmate, Adam Fink, to cancer.  This year the boys honored the memory of their friend by celebrating their 16th birthdays in a special way. Instead of gifts, Brandon and Rodney collected donations for Liam Wirtner, a four year old boy from Warriors Mark who is battling leukemia.

Liam’s acute lymphoblastic leukemia took a turn for the worse recently when doctors discovered he had two genetic traits that put him at higher risk for relapse. He was put through standard chemo, but because of these two unusual genetic mutations, it would be very difficult for Liam to recover if he relapsed. He is currently going through high intensity chemotherapy with many side-effects and long-lasting consequences.

“We have always pretty much did something together for our birthdays every year and we have been best friends since we were little,” said Lucas. “Our parents were really close before we were even born and we live like a minute from each other, so we grew up together and stayed best friends.”

The party was held at Fort Roberdeau with over 120 people in attendance. The boys collected $900 in cash and $100 in Sheetz gift cards to give to Liam’s Army, a group founded to help Liam and his family.

“It feels awesome to help out someone who needs it. Adam dying when I was in fourth grade was tough for me and ever since I’ve just been looking for way to help people [in need] like Liam,” said Shultz.

Both boys were friends with Adam Fink and feel that his life has inspired them to give back as much as possible.

“I feel it’s necessary [to give back] because [people like Liam Wirtner and Adam Fink] never chose to have [their] sicknesses; it just happened. As [they’re] growing up, I feel that people should help them so that they can try and live a normal life like the rest of us,” said Lucas.

When asked to describe each other, the best friends used the same three adjectives: funny, athletic, and nice.

“They’re super kind, willing to help anyone, and best friends to me. I wasn’t surprised when I heard they were giving money to Liam,” said their close sophomore friend, Dean Grassi. “[They are both] kind hearted, nice people, [who want] to help. Based on the way they are, they would do anything to help someone.”

Lucas’s mom, Noelle, says it’s a wonderful feeling as parent to have her son and Shultz give back to someone in the community.

“They had a good friend of theirs, Adam Fink, pass away from cancer when they were [in] 4th grade. It is something unfortunately that they learned early in life. They knew they wanted to do something to remember Adam on their 16th birthdays and originally [were] going to ask for donations to Geisinger Hospital in memory of Adam. They heard about Liam and decided Adam would want them to help a local child,” said Noelle Lucas. “ I feel both boys have dealt with something so hard in life, [losing] a friend to cancer, but [these] boys always have wanted to keep Adam’s memory alive and they care and worry about others.”

Both families and boys hope for the best outcome for Liam and his family. They are praying for the healing of Liam and strength for him to keep fighting.

“I’ve been blessed with a loving family that provides for me and there’s other people who have greater needs than I do and me and Brandon figured this is a good way to help someone in need,” said Shultz.