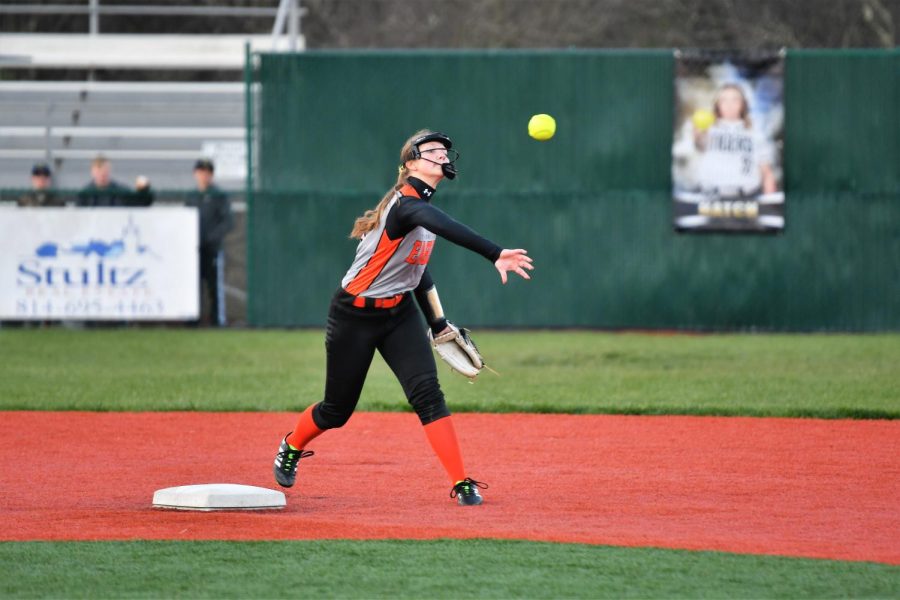 The Lady Eagles’ first game of the week, and the most important, was the biggest win they have had in a very long time.

When they faced the Bison for a rematch, however, they did not let that happen a second time.

The Lady Bison had a 10-0 record on the season, that is until they played Tyrone.

To start off the game, Maci Brodzina got to first on a dropped third strike, followed by Maecy Tuskovich being hit by a pitch. A single by Allison Beeman brought in the Lady Eagles first run of the game by Brodzina.

Following Beeman, freshman Sam Shaw hit a double over the left fielder’s head to score both M. Tuskovich and Beeman.

The next time the Lady Eagles were up to bat with two people on, Tiffanie Tuskovich singled to bring home Brodzina and M. Tuskovich, which made the score 5-0.

Clearfield, with bases full and only one out, came to a walk to score one run. Following the walk, the runner on third scored on a wild pitch. But Rockwell, the pitcher, got them out of the inning with a score of 5-2.

In the top of the seventh, the Bison had bases loaded and two outs when the batter got hit by a pitch to score one run. To end the game, a line drive was hit to left fielder Beeman. The final score ended in 8-3.

The Lady Eagles took a tough loss to Bellefonte on Tuesday, May 3rd. Tyrone battled the entire game with multiple hits, including a home run and three hits from Maci Brodzina.

Beth Pearson and Allison Beeman both had two hits with one of each being a double. Maecy Tuskovich helped the team with three hits and two RBIs.

Bellefonte was a hard team to defend, with multiple hits in the gaps of the outfield.