Soellner brings 25 years of coaching experience to the job 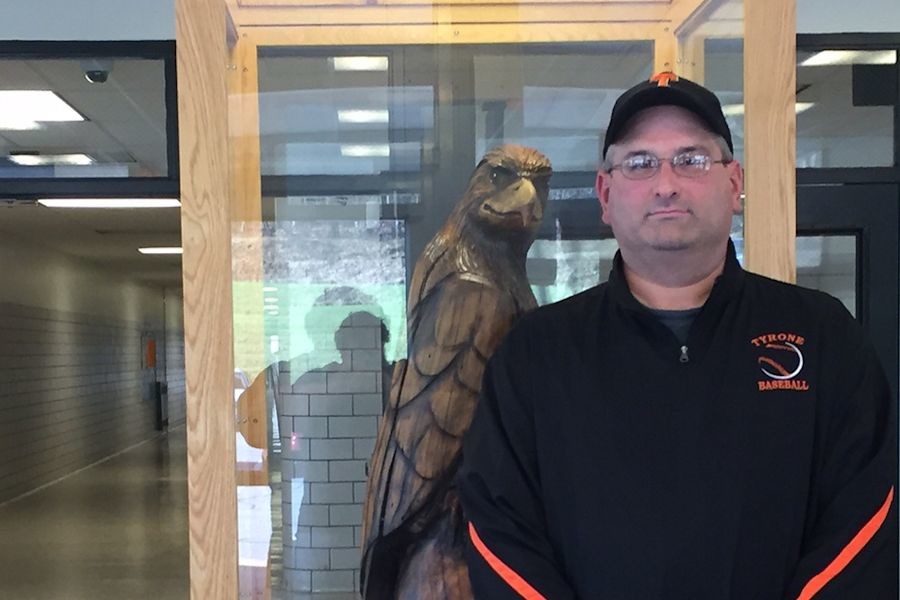 Soellner has been a fixture in Tyrone sports for some time now; from keeping the stat book for Tyrone basketball to stepping up and filling in for Al Shoenberger as equipment manager this fall.

Soellner has been a part of coaching baseball for Tyrone for several years. He assisted former Tyrone baseball head coach Mark Savino, who resigned as head coach this past season after delivering only three regular season wins last season.

“I’m hoping we can change the attitude of our kids, and set our expectations a little higher,” said Soellner.

Soellner has coached baseball and other sports for over 25 years. He has coached this year’s seniors since little league.

“Kevin has been a coach of mine all throughout my life,” said Senior Drew Hunter. “He has made my years of baseball memorable.  I’m confident we can make steps in the right direction this season, and make some noise! I can’t wait.”

This spring Soellner will have six returning starters and that will hopefully give the team a sense of maturity and wisdom.

“We have a good nucleus coming back, so there’s no reason we shouldn’t have a good season,” said senior Zack Soellner.

Baseball doesn’t officially start till late March. Tyrone usually has a heavy winter that makes it difficult to use the fields for practice.

“I hope this year we can work with the school board and get a better practice schedule,” said Soellner. “It’s hard to practice when you can’t get outside until two weeks before the season starts.”

Coach Soellner has elected to keep assistant coach Marvin Murray, who has been an assistant for the past several years.

Students interested in playing junior or senior high baseball should stop in the athletic office and sign up to receive information about winter and spring clinics.