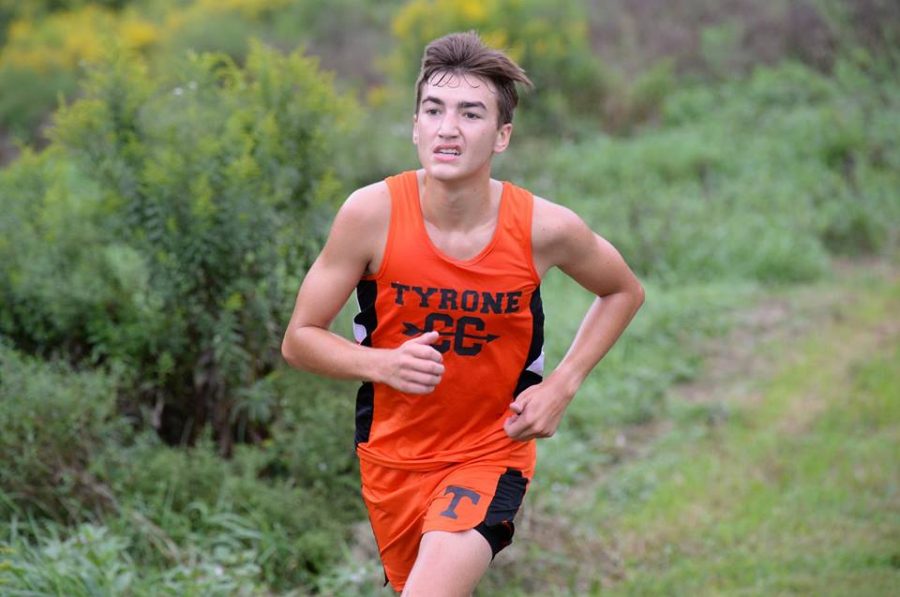 Like everyone else, the Tyrone Cross Country has been battling the weather this fall with three of their first four meets  postponed or cancelled due to the extremely wet weather.

However, the meets that have been run were all very competitive and the team is looking forward to the second half of the season.

“The season is going well so far. We’re improving each meet and we’re going to keep doing so,” said senior Mike Nagle.

The season started with the Big Valley Invitational, which is the same course that the district championship meet will be held.

The highest placing individual in the boys race was senior Zach Kohler, who placed 9th overall and 3rd in the AA classification with a time of 17:00. He was followed by Matthew Savino (67th), Ian Imler (69th), Nic Light (86th), and Blaine Hoover (88th) who rounded out the top five. Senior Mike Nagle was (92nd), and freshman AJ Detweiler (94th). The boys team placed 13th overall out of 19.

Both squads opened up Mountain League competition to Penns Valley. The boys team lost with a score of 22-33. Tyrone girls lost 24-31.

On September 15th the teams traveled to Altoona to compete in the Altoona Mt. Lion Invitational. Zach Kohler led Tyrone boys again with 4th place and a time of 17:11.62. He was followed by Matt Savino who placed 38th earning himself a medal, and finished with a time of 19:33.64. The boys team placed 9th out of 23.

“I’m very happy with our results so far and hope that we can win more matches,” said senior Zach Kohler.