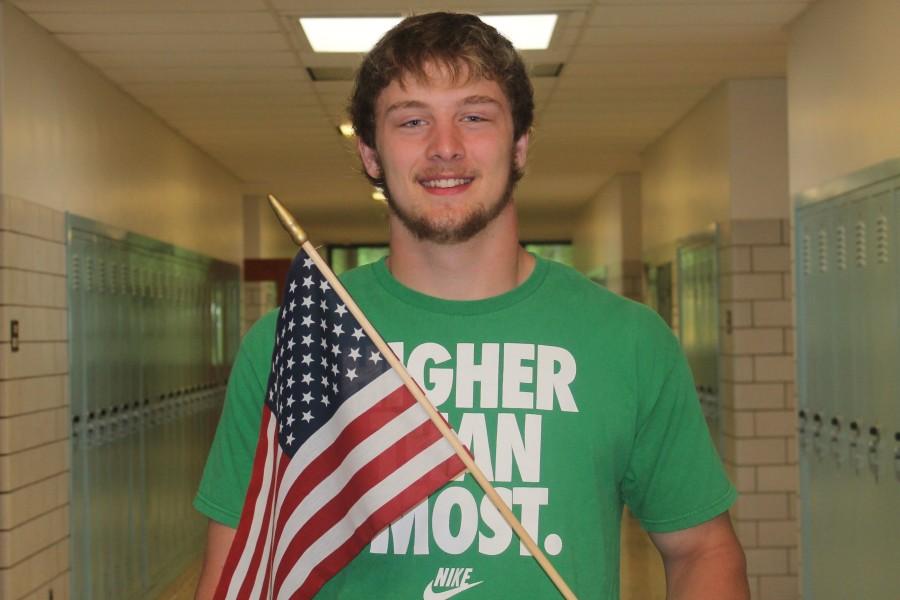 After a disappointing end to his 2014-2015 varsity wrestling season, Tyrone junior Ricky Reader was hungry to prove himself on the mat at the Mid-Atlantic Wrestling Association (MAWAS) districts, regional and national wrestling tournament this spring.

Reader said he was trying to prove a point after an abrupt end to his high school wrestling season.  Despite placing fourth at the District VI wrestling championships, Reader was unable to compete at states due to a controversy regarding his academic eligibility.

“Missing out on an opportunity to compete at states was tough,” said Reader. But he’s persevered and made an outstanding run at the Mid-Atlantic Wrestling Championships.

“Out of all this, all I gained was motivation for my senior year,” said Reader.

Reader decided to enter the MAWAS National Tournament Bracket were he wrestled at districts, regionals, and nationals.

At districts, held at Juniata High School, Reader went 2-1, earning a second place spot and a trip to regionals.

“I knew regionals wasn’t going to be a walk in the park,” said Reader.

The regional competition was held in Chambersburg Pennsylvania. Reader  went 4-2 and earned 4th place in the Regional Tournament, which earned him a spot at Nationals in Salisbury, Maryland.

Reader then competed in the national tournament were he finished fifth with a record of 4-3. Reader had a tough 18 man 220 pound bracket in which to wrestle.

“At first I didn’t know what to think, with all the state qualifiers that were in my bracket,” said Reader. “But I didn’t let my fear get the best of me.”

Reader is looking forward to a successful senior year at Tyrone in wrestling and his other athletic pursuits.

In an era when most athletes specialize in one or two sports, Reader is an accomplished multi-sport athlete who competed and lettered in four varsity sports this year: football, wrestling, baseball and track.