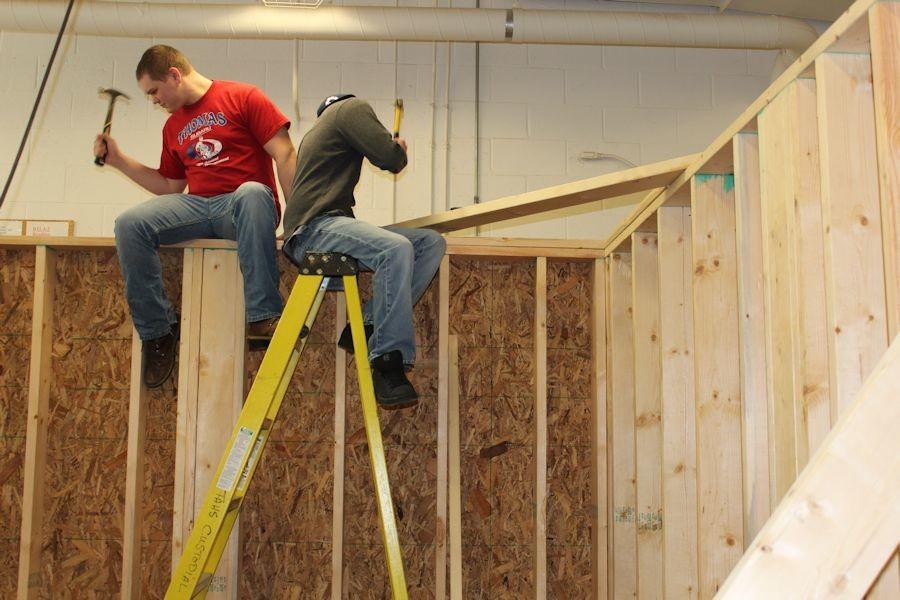 Dakota Walk and John Brown framing up a wall.

The carpentry program at TAHS has been working on its latest house project since February.  According to carpentry teacher Dan Plummer, the project is going well and the students are looking forward to making fast progress in fall.  However, due to the long winter and rain during the first couple of weeks of spring, the project is a few weeks behind schedule.

So far Mr. Plummer’s carpentry two and three classes have competed the framing of the first floor walls.  This work was done in the carpentry shop at TAHS.  The walls will be trucked to the job site and installed when the foundation is ready.

Over at the job site the students laid out the footprint for the foundation, and the foundation was dug.  This job also took longer than expected due to the weather, but the class did a good job making the best out of the time they had to work.

Students are now working on laying out and putting up the footer foundation.  The foundation itself will be laid over the summer and in the fall the students will be installing the walls and working to get the project under roof as soon as possible.

Once under roof, students will begin working on the interior.

We’ll have more updates and photos in the Eagle Eye as the project progresses.