Today the Middle School celebrates the end of the school year 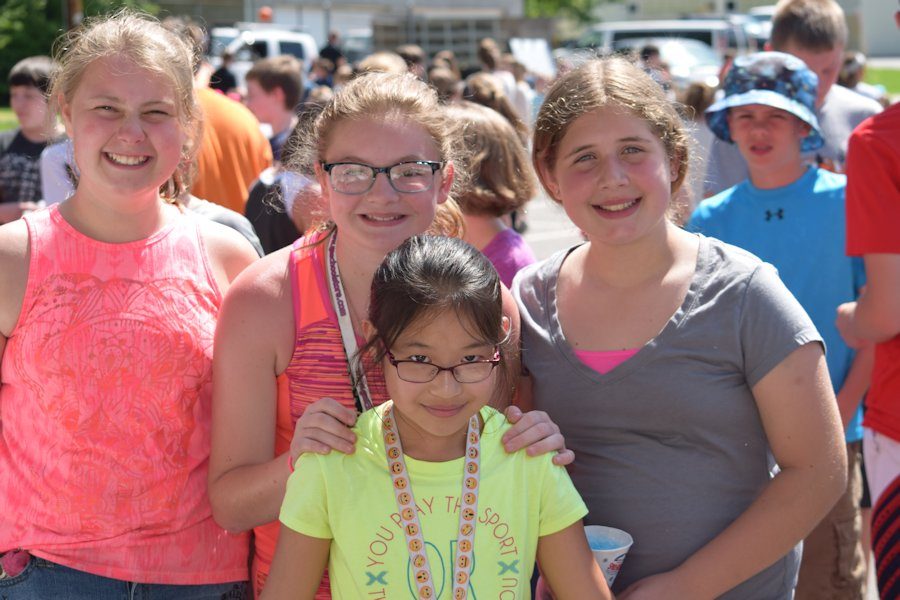 By Jaylon Beck and Randi Riggleman

Tyrone Area Middle School held their annual SOAR Carnival as an end of the year reward for good behavior and hard work on Tuesday, May 31st.

The carnival featured many activities in which students could participate. One of the most popular was a tug-of-war on a bouncy house. There were two students, one on each side of a pole. A rope that went through the pole, with a harness on each side. The students would pull themselves as hard as they could to beat their opponent.

Another activity dealt with football, Tyrone’s most popular sport. Students had to throw the football into a hole, which was cut out of a billboard.

Football was not the only sport represented. Many students lined up to participate in the basketball arcade game, ring toss, bottle bash, and many other carnival games.

And who doesn’t like  shaved ice drenched in flavoring? On the hot, sunny day at the carnival, snow cones were handed out to every hard working middle school student. Nachos and cheese, cotton candy, and plenty of other treats were given to those who participated.

Almost every middle school student got the chance to engage in the 2016 Middle School Carnival. Most seemed to have a great time.  Memories were made and will be carried on throughout their summer and their lives.

Have a great summer! And as Mrs. Beigle always says, “make good choices!”