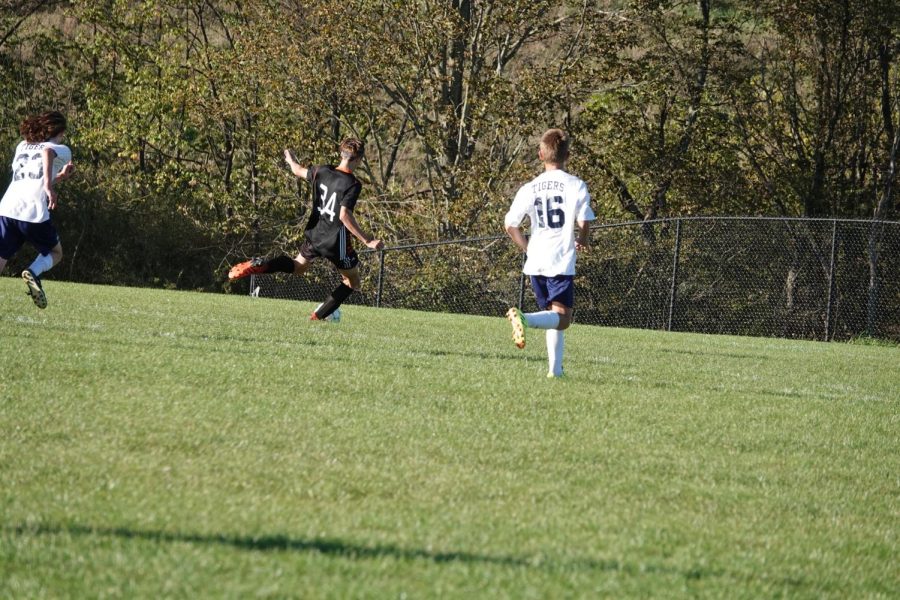 Tyrone was hoping to build off of their first goal of the season against Penns Valley and score in consecutive games. But while Tyrone had many good opportunities against the Mounties, they were unable to take advantage of them and lost 9-0  to the Philipsburg Mounties on Thursday, October 7.

Tyrone started off weak, letting the Mounties score in the first five minutes. Throughout the first half, a handful of shots were taken on goal courtesy of sophomores Conner Bardell and Rocky Romani.

Both teams created many chances to add points to their side of the scoreboard. Unfortunately, Philipsburg put those chances to good use a lot more than Tyrone did.

As halftime approached, the score was 6-0, and the young Golden Eagles were ready for the ten-minute break between the halves. With only two substitutes, most of Tyrone’s players played the full eighty minutes of the game.

Half time started and the main point the coaches and players all agreed upon was that they needed to close down space between opposing players.

The second half was similar to the first; a lot of passing happened between both teams.

Tyrone did concede fewer goals in the second half than the first. This is due to one of their own philosophies: eliminating space between players equals less time for them to shoot.

At the end of the game, Tyrone really started to wake up, but that energy needed to come out a little sooner for now it was too late.