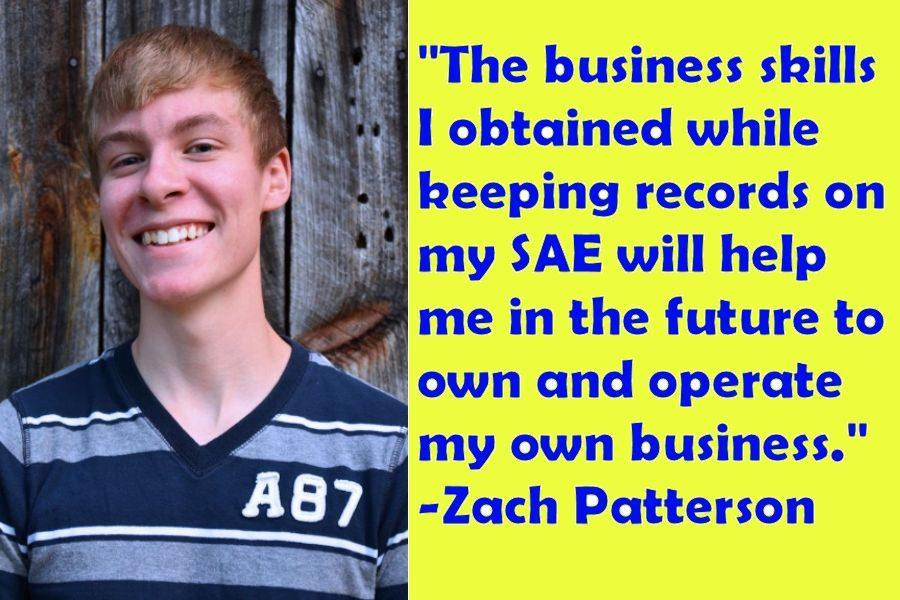 This week’s SAE highlight features Zach Patterson, a junior at Tyrone Area High School. He is the son of Dave and he has nine siblings (Lauren, Ryan, Joshua, Nathaniel, Alex, Maddie, Leo, Chelsea, and Cameron). Patterson has been involved with the FFA for over a year and a half.

Patterson’s supervised agricultural experiment involved detailing vehicles at Tri Star in Tyrone and for Chuck Bressler in Altoona. For at least twenty hours a week, he made trucks and cars look as good as new.

In the fall he also conducted an SAE AgriScience project involving engines and what happened when different types of motor oil was used within the engines. Patterson competed at the state level with his teammate Daniel Peterson and captured second in their category and age group. Patterson and Peterson also competed in the State FFA Small Gas Engines competition last June.

“The business skills I obtained while keeping records on my SAE will help me in the future to own and operate my own business,” said Patterson. He has taken courses in Natural Resources and Ecology, Animal Science and Agricultural Mechanics. These classes have influenced him to manage his own business.

After high school, Patterson’s plan is to enter a career in the military and is aiming towards Air Force.