Game Commission to allow use of semi- auto rifles for big game hunting. 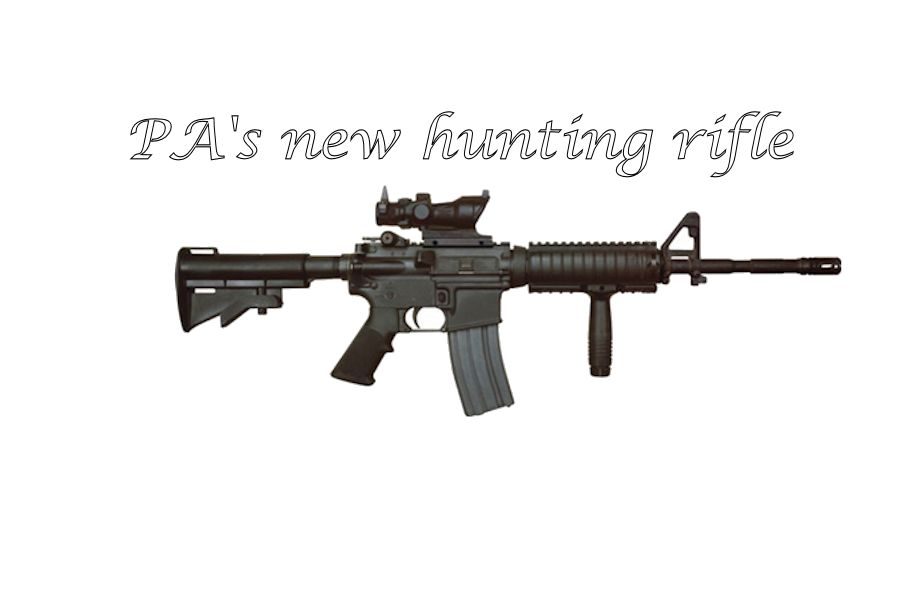 For deer and bear full-metal jacket rounds are not permitted and any big game animals hunters are limited to a five round capacity magazine. The new law will be on a probationary period until the year 2020.

The Game Commission said they found no evidence to harm the safety of hunters when using semi-auto rifles. However, some hunters are still concerned that there safety in the woods will be effected.

“I feel the Game Commission made a mistake in allowing this law to be in place. I feel hunters safety will be harmed with this new law,” said Tyrone junior Bryce Bauer.

Despite some opposition, other hunters are excited to be able to use there new semi- auto rifles in the hunting woods.

“I am excited that Pennsylvania is going to allow the use of semi- auto in the hunting woods. I think its a great way to get more hunters in the woods,” said junior Matt Davis.

The new role is expected to be finalized at the PA Game Commission board meeting March 27- 28 and will go likely into effect next hunting season.