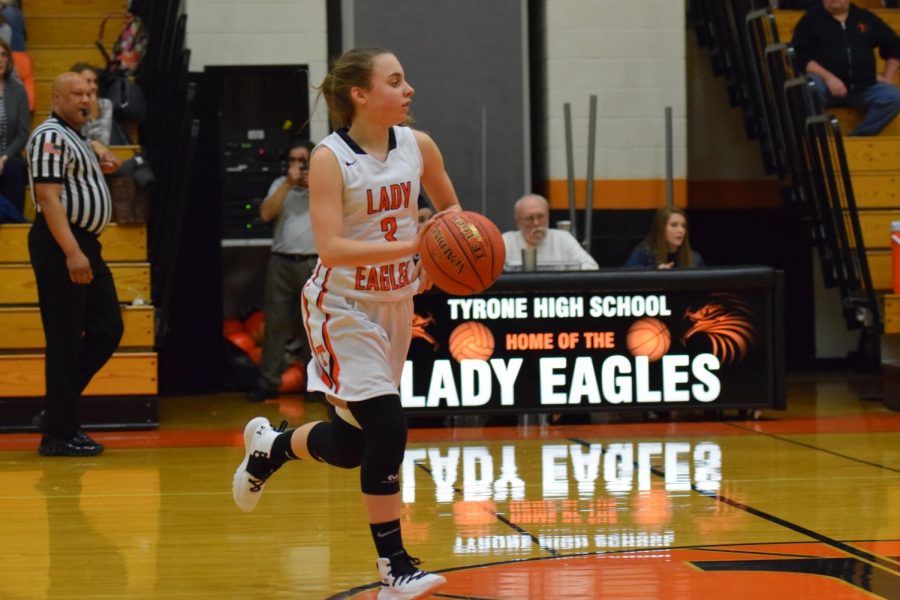 Let me describe the perfect nightmare: Your team has just qualified for the third round in a prestigious state basketball tournament. After win-after-win, the team eventually receives a hero’s welcome, with a firetruck escort, no less, into the town providing the love and support needed to pursue a championship.

All the days, weeks, months, and years you have practiced have finally paid off. Since you were a kid, shooting shot-after-shot in the driveway, the dream has become a reality. Then, in the blink of an eye, some unforeseen force steals all your hopes and desires away: The dream is over.

The PIAA decided to cancel the remainder of the winter sports season due to the Coronavirus outbreak. The final sixteen teams in each division had their seasons unexpectedly ended; these athletes played their last game of the 2019-2020 season without knowing it. Seniors didn’t receive their final farewell. Many will never get to walk on the court again. The PIAA should not have cancelled the remainder of the winter sports season and considered possible options to proceed with all state tournaments.

Student-athletes who play basketball dedicate numerous hours into the sport: summer practices, weightlifting, swimming sessions, summer leagues, and team camps.  They sacrifice sleep numerous nights just to be able to represent their school on the playing field while trying to maintain their academic progress. They strive for the opportunity to play for a prize making all the blood, sweat and sacrifice worthwhile. They play for a championship title.

No one knows what would have happened in that third-round state playoff game.

No one ever will.

Would Tyrone have claimed victory? Would they have gone on to win a state championship? Anything was possible, but now all people can do is wonder.

Take a moment to think about the seniors.

This year, the Tyrone girls basketball team had only one senior: Lindsay Fusco. She was very passionate on the court and loved the sport of basketball. All her teammates admired her. She never received the proper farewell granted to all graduating seniors. In her high school basketball career, she had never won a state playoff game until this year. In the girl’s final game of the season at Clarion against Mercyhurst High School, Lindsay didn’t even know it would be her last game. She didn’t know that her season would be ending.

Also, the Tyrone girls basketball team had a foreign exchange student on their roster: Michelle Johner. She had never played the sport before, but instantly fell in love with basketball. She had to travel back to Switzerland without finishing what she started with her team here in the United States. Winter sports seasons should not have been cancelled because these girls, along with countless others across the nation, never received a proper farewell and acknowledgement of their accomplishments.

Finally, there is no guarantee of attaining this level of achievement again. It took our high school girls’ program thirty years to win the first state title game for the second time in school history.  Who knows when the next one will be? These girls completed the “impossible”: They were the first basketball team in Tyrone history to ever win two state playoff games. It may never happen again. Events like these don’t happen every day, and the PIAA should have allowed these girls to finish their remarkable season.

Sports events are an exciting part of high school, and something all students should be a part of to represent their school and student body. A strong team dedicated to winning is something all athletes look forward to after a long day at school. Passion, determination, and teamwork are the motivating factors for a strong team.  Our girls basketball team generated so much excitement for the town of Tyrone. Our team had the dream of bringing a state title to the dedicated fans and students of the Tyrone Area School District. Now, our team must live in the reality of the present while hoping, someday, the dream can continue.