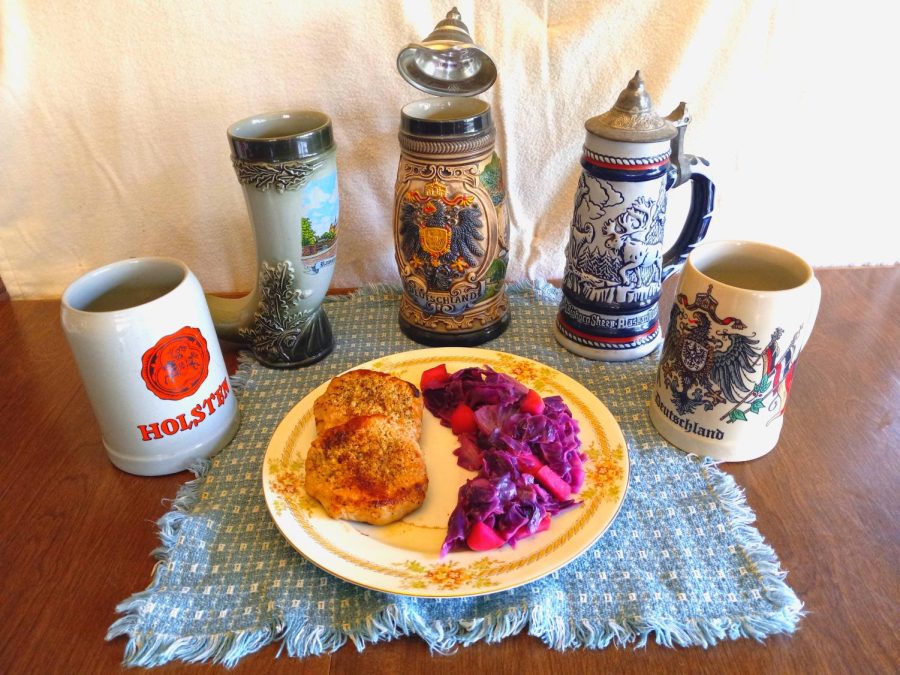 A plate of schnitzel and red cabbage backdropped by an adornment of german mugs.

Oktoberfest became a pinnacle of festivities in honor of the wedding of King Ludwig I and Queen Therese over 200 years ago. Since then it’s been celebrated in the same location every year, Theresienwiese.

With such an important occasion to honor Oktoberfest has been a crossroads of German culture allowing the Lowland Deutsche and the Rhineland Deutsche to interact and exchange cultural aspects.

One of the most iconic German dishes is Schweineschnitzel mit rotkraut.

For the Red Cabbage:

Lightly pound the pork chops and season with salt and pepper. On high heat, fry the pork chops in butter with onions on both sides. Reduce the heat, cover, and let simmer for 20 minutes.

Melt the butter in a saucepan and add the cabbage and apples. Mix thoroughly while seasoning. Reduce to low heat and add a cup of water. Once the water has evaporated dust with flour and sprinkle with jelly, cloves, and cider.