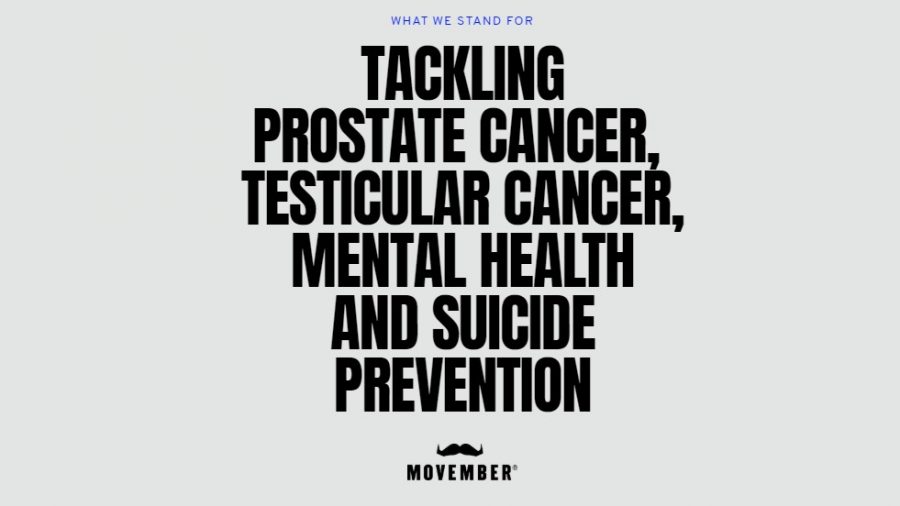 Raftery and his friends are taking a stand to help spread awareness this November that it is okay to share your feelings and to get help when necessary.

That’s the message that 2016 Tyrone High School graduate Cullen Raftery would like everyone, especially men, to remember this November.

Inspired by the loss of a close friend and Tyrone classmate by suicide, Raftery is selling Hope For The Day bracelets to raise money for the ‘Movember Foundation for Men’s Health Awareness.

“[My friends and I] have felt the pain of losing somebody that was very dear to us because of the inability to share issues of his mental well being,” said Raftery.

In reality, suicide is a preventable mental health crisis and the biggest obstacle to suicide prevention is silence.

Raftey believes that many men impose a “Mr. Tough Guy” persona on themselves and won’t share problems or feelings strictly because of the false image that they have to be “tough.”

Too often, people do not discuss mental health or suicide until it directly impacts their community.

This past summer, Raftery and his friends were directly impacted by suicide when Tyrone graduate and former Eagle Eye Editor-in-Chief Adam Zook took his own life.

Zook was a classmate and close friend of Raftery.

In Adam’s memory, Raftery and his friends are taking a stand to help spread awareness that it is okay to share your feelings and to get help when necessary.

According to statistics cited on the Hope website, one in four people will experience a mental health crisis in their life. Globally, over 800,000 suicides are reported each year, with many more going unreported. In the US alone, over 121 individuals complete suicide on a daily basis.

In response, Raftery has taken on the challenge this November to spread awareness for men’s health, combating diseases common in men such as prostate cancer, testicular cancer, and the silent killer, mental health.

“The goal for me this November is to grow a gnarly mustache for ‘Movember and sell bracelets to spread awareness, love, and a story that might just save a few lives down the road,” said Raftery.

To help spread awareness Raftery is selling bracelets for three dollars from The Hope For The Day company. The bracelets say, “It’s OK Not To Be OK, Have Hope.”