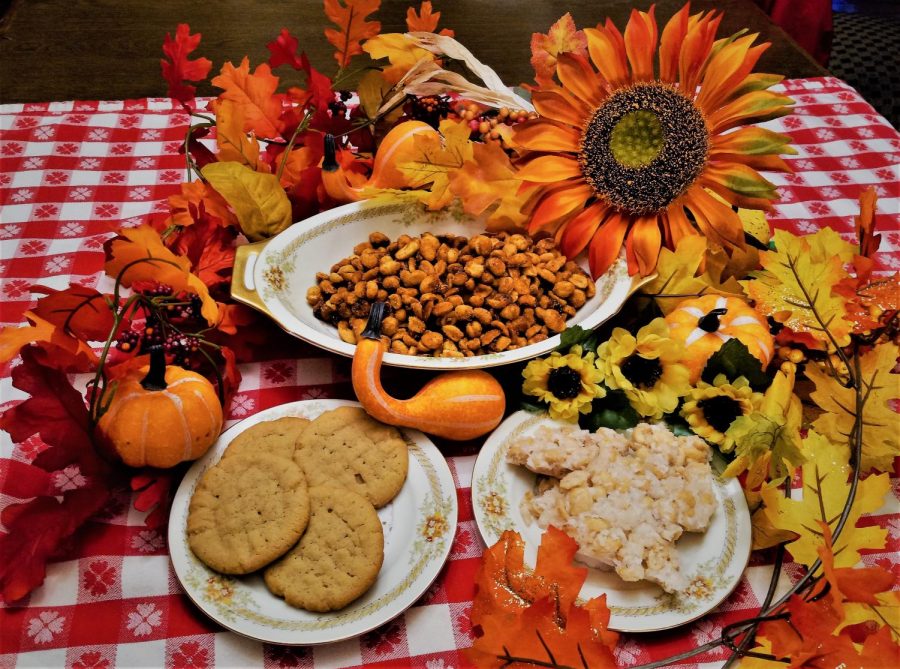 September 13th is National Peanut Day to honour the amazing groundnut that has revolutionized cuisine in recent years.

Archaeological records suggest that cultivation of peanuts began between 300 and 2500 BC in Peruvian desert oases in the valleys of the Paraguay and Parana rivers in the Chaco region of South America. The plant is believed to have been originally domesticated by predecessors of the Arawak-speaking peoples, according to Anthropologists from the University of Georgia.

The Incan and Peruvian people made pottery indicative of the peanut in its pattern and it’s overall shape. Similarly to the fragility of the terracotta, these pots were made of peanut brittle, which is also easily broken.

A pinch of salt

Line a baking sheet. In a medium saucepan stir together the sugar, water and salt. Let the mixture set on high heat for 3 minutes before stirring occasionally for 10 minutes. Mix in the peanuts and use the vegetable oil to coat a spatula. Quickly transfer the mixture to the baking sheet and gently smooth out the mix.

Let the mixture cool, for about 15 minutes, before breaking the hardened sugar.

The goober is one of many labour-intensive crops to be spread globally. However, this was a detriment to its popularity as it didn’t become a standard snack food until the Victorian era, the mid-1800s, due in part to the Civil War rations, the Barnum Bailey Circus, and baseball.

Roasted peanut sales at ball games rose in 1908 when Jack Norworth wrote Take Me Out to the Ball game.

Preheat an oven to 350°F. In a large saucepan, over medium heat, stir together the honey and butter. Once the butter is melted, stir in the peanuts until they are evenly coated. Transfer the peanuts to a lined baking sheet. Bake for 20 minutes while mixing occasionally.

Combine the chilli powder, garlic powder and sugar in a medium mixing bowl. Once the nuts are done baking, transfer them to the mixing bowl. Stir the nuts until they are cooled and no longer clinging to one another.

Until William Boyd invented the peanut harvester in 1915, it was expensive to harvest ground peas, but efficiency rose, prices dropped and many more people were able to purchase peanuts. With the peanuts positively prospering in popularity Dr George Carver published “How to Grow the Peanut and 105 Ways of Preparing it for Human Consumption.”

Cream the peanut butter and shortening until evenly mixed. Slowly add in the remaining ingredients in the listed order. Form the dough into evenly sized balls and transfer to a lined baking sheet. Gently compress the balls with a fork and form a criss-cross pattern. Bake the dough for about 11 minutes at 375℉.