More Bang for the Buck: TASD Budget has District in the Black 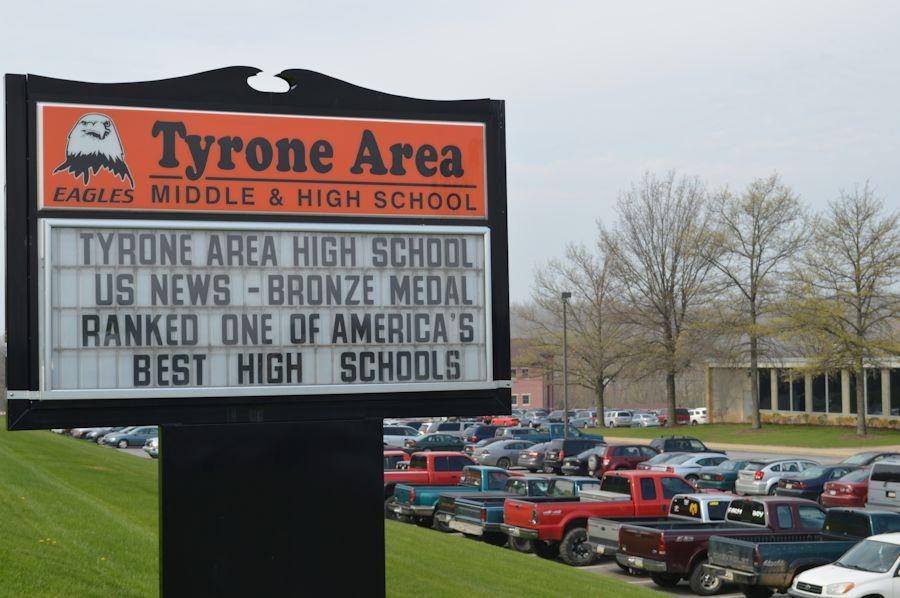 The Tyrone Area School District can make a strong argument that it gets more for its money than just about any school district in Pennsylvania.

Over the years, Tyrone has been able to accomplish more with less, achieving academic success on a tight annual budget.

In the past five years Tyrone has won numerous academic awards, including several Keystone State Academic Awards, a National Blue Ribbon Award at the High School, and was even named by one website this year as one of the top ten high schools in Pennsylvania.

Yet, according to the most recent data available, Tyrone is near the bottom of the state in per-pupil spending and teacher salaries.

In 2016, the last year for which data is available, Tyrone Area School District was ranked 496 of 500 school districts in Pennsylvania in annual per-pupil spending.

Because they spend much less than most other school districts statewide, Tyrone’s financial outlook is very good.

“[The] district is in good shape because of years and years of good financial history,” said Tyrone Area School District Business Administrator John Clark, “with business managers that were good with money and good superintendents.”

Back in 2011-2012, nine percent of the budget, or about $2.1 million, went into paying for the debt the school had in the 2011-2012 school year. With the debt gone, the money can be used to offset the higher costs of benefits, according to Clark.

Moreover, Tyrone also has a large general fund reserve balance of $8.3 million dollars, which is over 33% of its total spending in the same year.

By comparison, Bellwood’s general fund balance is only $4.2 million, Claysburg has about $4.9 million available, and Sping Cove has over $7.2 million in reserve.

All districts in the county have more than 20% of their yearly operating budget in reserve, with Altoona having the most at 47.7%.

Where the Money Goes

In April 2019, the Tyrone Area School District projected that it would spend $26,474,793 this academic year, but according to Clark, the district doesn’t plan to spend the full amount.

The largest two segments of this year’s budget go toward employee salaries and benefits.

Forty-two percent of the $26.4 million budget, about $11.5 million, goes to paying salaries and 28% goes to paying benefits, approximately $7.3 million.

However, Tyrone’s labor costs are much lower than most other school districts in the state.

Transportation costs are also high on the list of expenditures. This year the school budgeted $1.2 million for transportation, including $795,207 to Raystown Transit and $433,677 to Beckwith Busing.

One area that the school district has been investing heavily in recent years is technology.

The money budgeted to technology, not including employee salaries and benefits, is $539,959.55.

Tyrone is a one-to-one Chromebook school where each student in the middle and high school gets their own computer.  The district spent $167,300 on 600 new Chromebooks last year, with the new set for the 9th-grade class and more for the elementary.

“[In] our future we have a need [for] technology,” said Clark “[also, the] smart boards are at the end of their cycle.”

In response, the school recently purchased new smartboards for all the classrooms in the district. These were recently installed in all high school classrooms.

For grounds and facilities maintenance and repairs, the physical plant office was budgeted $318,918.

Where the Money Comes From

One of the biggest misconceptions many citizens have about the school budget is the amount of money that comes from local taxes.

The amount of revenue that came to the school from local taxes this year was $7,644,329, or only 32% of the school’s total revenue.

Other than reserving funds though taxes, the school also gets gambling proceeds and money from other streams such as grants, Estep explained.

How the Budget Process Works

Estep says the budget process is ongoing throughout the year.

“We are really talking about the budget all of the time,” said Estep, “Once the school year starts, we are visited by our auditors who review the budget and district procedures for spending.”

By early November or December, administrators begin to consider the budget for the following school year.

They assess needs like staffing, programs, the state budget proposals and funding formula to name a few.  The state also releases the Act 1 index numbers which help the district to determine the amount of tax increases, if any, the district might need.

By January and February, the administration’s budget planning is in full swing so that a preliminary budget can be presented to the school board in April or May.  The approved preliminary budget is required to have a public inspection period and the board is required by law to approve the budget by June 30th.

“Some items that are more easily changeable [than others],” said Estep, “[like] curriculum, physical plant, and student activities items.”

Estep also explained that other items in the budget are less flexible than others, like salaries and benefits, charter school tuition, and the special education allocations are all examples of items that are not easily changeable.

“Deciding about whether to hire or replace staff is always a difficult decision,” said Estep, “In addition, the Board’s decision whether or not to raise taxes is always difficult as well.”