May is Mediterranean Diet Month 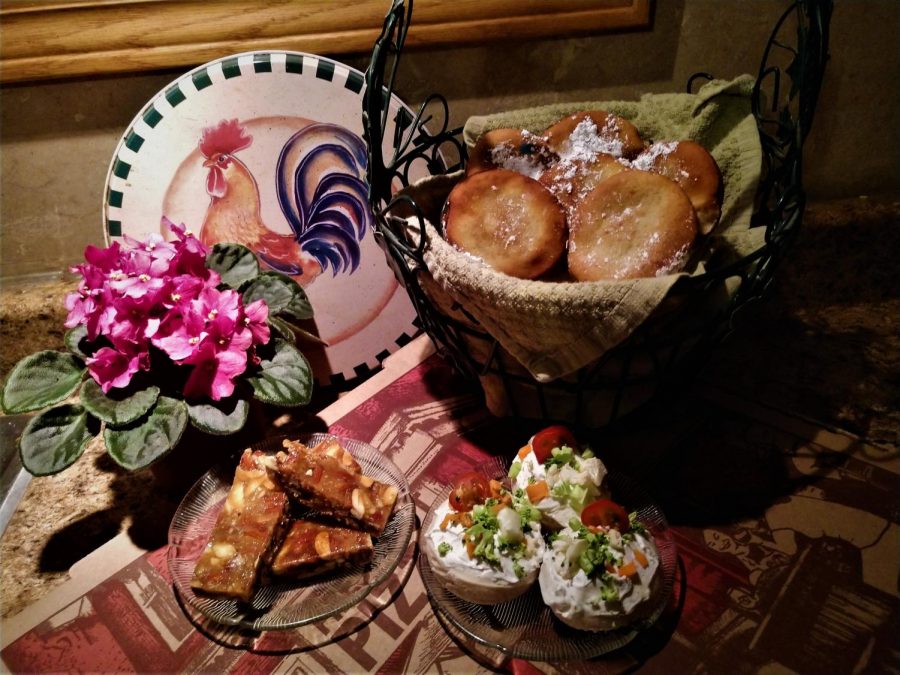 A beignet basket towering above a colourful display of turron slices and bite-sized vegetable pizzas.

May is nationally recognized as Mediterranean Diet Month, so we will explore foods from across the region and introduce ourselves to unique and foreign cuisine.

The Meditteranean region covers several countries in Europe, Asia, and Africa with long interconnecting histories that helped shape their cultures to what they are today.

One of the most iconic dishes of the Mediterranean region may arguably be pizza. Flatbread dishes like pizza have roots in ancient Egypt, Greece, and Rome, but they took their modern form in Naples, Italy. The underclass Naples citizens used cheap ingredients to make their pizzas and made it a staple of the city. In 1889 Queen Margherita visited Naples and fell in love with the dish and expanded its popularity throughout Italy.

Preheat an oven to 375°F. Open the Pillsbury dough and press them into an ungreased baking sheet. Bake for thirteen minutes or until golden brown. Let cool. Mix the cheese, cream, dill, and garlic in a small bowl. Spread mixture over the dough completely. Garnish with vegetables.

Turrón, Spanish nougat, has a long history in the Mediterranean region. In the 700s the Moors migrated to Spain and some settled in the town of Jijona. In the fields surrounding Jijona, there were cornucopious amounts of flowers, bees, and honey. With such an abundance of honey, the moors were inspired to make turrón for celebrations and holidays.

Bring the honey to a boil in a saucepan. Once boiling immediately let cool. Whip the egg whites into meringue and then fold in the cooled honey. Pour the meringue-honey mix back into the pan and cook on medium heat for 15 minutes, constantly stir the mixture. When ready the mixture will turn dark orange, thicken and burn. Mix in the almond slices. Poor the turrón mixture into a parchment-lined container and cover with parchment paper. Put a weight on it. Let sit in a fridge for at least two hours before cutting.

Beignets, the ancestor of doughnuts and funnel cake, have been a part of the Mediterranean culture for a long time. When the Romans came to France they brought with them scriblita, dough dipped in boiling fat, and through the years scriblita would become beignets and beignets would become popular with the French.

Combine the yeast and milk, then let rise for ten minutes. Mix butter and sugar until fluffy, about two minutes. Pour the milk mixture, eggs, salt, and vanilla into the butter mix. Add flour until the dough becomes smooth. Grab the dough and shape it into a ball. Place the dough into a greased bowl and cover with plastic wrap. Let it rise for one hour.

Roll out the dough on a lightly floured surface. Cut the dough into three-inch circles or squares and place them on a parchment-covered baking sheet. Cover with plastic wrap and let rise for a half-hour.