Look Out for Big Flying Spiders this Summer 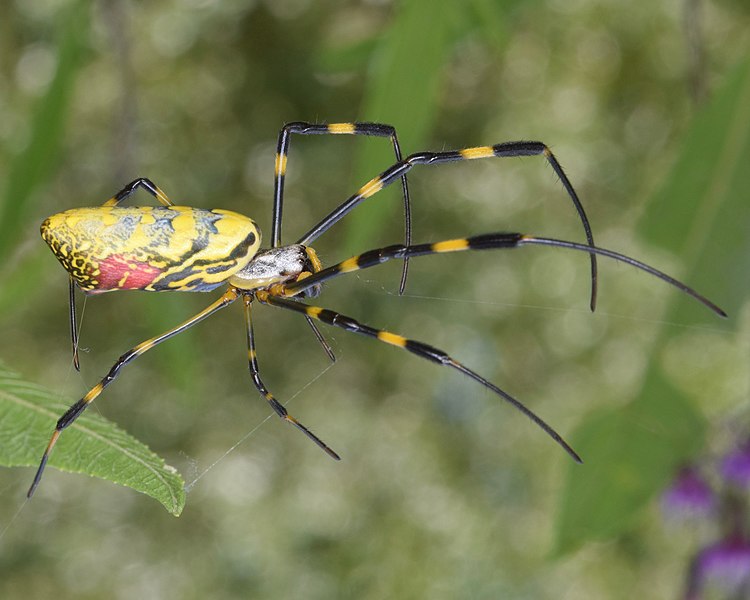 The joro spider is native to Japan, Korea, Taiwan, and China. Since 2013, much of northern Georgia and western South Carolina and has been moving north.

Here’s a scary thought: millions of palm-sized flying spiders could be coming to invade the U.S. east coast this spring and summer.

The spiders in question are called Joro spiders and they are typically found in southeast Asia.

The onslaught is not a guarantee but according to scientists, it is definitely possible that these palm-sized spiders could come to the east coast in record numbers this year.

Joro spiders actually can fly, but not in the way one would normally think. The spiders create strands of silk that catch the wind, giving them the ability to fly through the air.

This technique is called ballooning, and it is not unique to the Joro spider. Wolf spiders, crab spiders, orb-weaving spiders, and sheet weaver spiders all use a similar method of flying.

Joro spiders are quite similar to golden silk spiders, especially with their golden webs, but they are characterized by their bright red and yellow colors and can be differentiated by the golden silk spider’s fully covered yellow back.

Like the golden silk spider, the Joro spider is adaptive to different temperatures, so it wouldn’t be much of a surprise if they were able to live on the east coast.

In a study, researcher Andrew K. Davis states, “Interestingly, a closely-related species in the same genus, the ‘golden silk spider,’ Trichonephila clavipes, is already successfully established in this same region over the last 160 years.”

This shows that the Joro spider has a great potential to live on the east coast, similar to its close relative in areas like Florida.

Should people fear the possibility of a “spider invasion?”

No, not particularly. Joro spiders are venomous, but they don’t actually pose much of a threat to humans. Typically, their fangs can’t penetrate human skin and they are not outstandingly aggressive.

The only issue people might have with the spider is the sheer quantity. Joro spiders are known to multiply fast, and in a single year a female can produce approximately 1,500 eggs.