Lady Eagles Take Down The Dragons 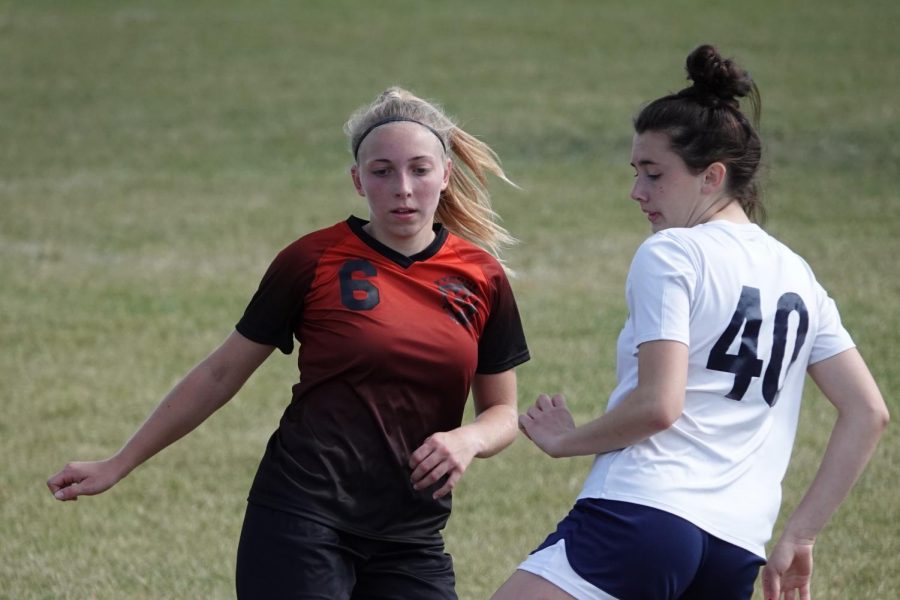 The second outstanding Tyrone goal of the game was from senior Kendall Markley assisted by sophomore Eliza Vance. Vance crossed the ball from the left side of the field to the middle of the 18 allowing Markley to score the second goal of the game.

Central tied the game at one on goal by Junior Leah Johnston, assisted by junior Avery Black.

The third goal was scored by Vance on an open net allowing her to cross and get the ball snug in the top right corner in the net.

Tyrone Lady Eagles ended halftime with a lead of 3-1.

In the second half, the Lady Eagles kept a strong defense allowing few shots and no goals.

Bellwood junior Sophia Nelson scored the final goal of the game on an assist by Bellwood sophomore Alyson Partner crossing right in front of the goal allowing Nelson to score unopposed.