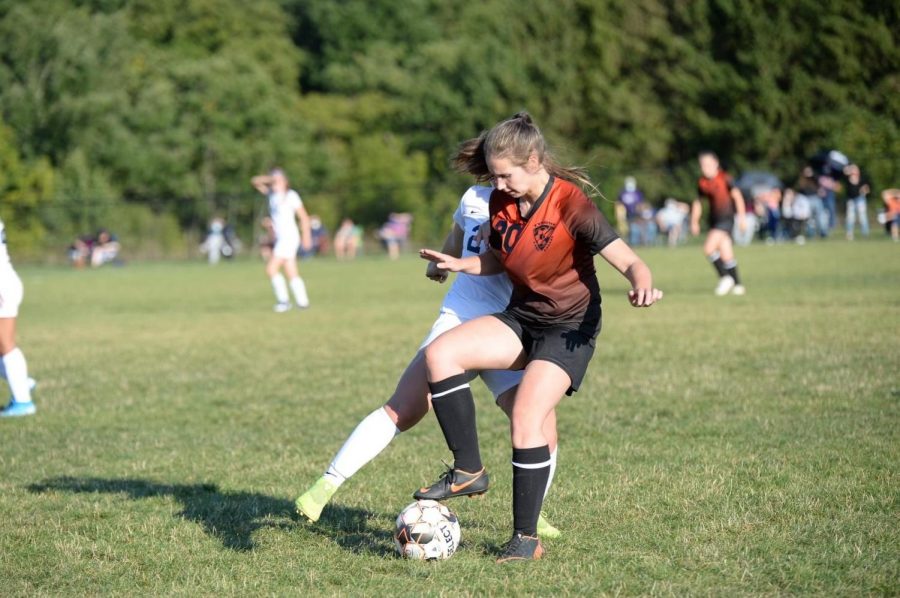 Junior Jaylee Shuke made five saves throughout the game which led her to her second shutout of the season.

“I had so much adrenaline when I scored the game-winner. It was so exciting to win after all that hard work,” said sophomore Eliza Vance.

The play that helped Tyrone win the game started with freshman Lainey Quick dribbling the ball up the right side of the field and getting it past three defenders.

Quick was then able to cross the ball in front of the goal, where Huntingdon’s goalkeeper missed the ball, and Vance, who was running up to follow the shot from the center of the field, was able to one-touch the ball into the corner of the net.

Throughout the first and second half of the game, both teams played defensively strong and defended the ball from entering their goals. When the ball did enter the box, Tyrone goalkeeper Jaylee Shuke and Huntington keeper made sure to attack the ball and quickly get it upfield.

Although there were many shots taken by both teams, both goalkeepers kept the ball from entering their goals. The game ended in a 0-0 tie, which brought both teams to hard-fought overtime.

The Lady Eagles came out aggressive and started working the ball through the offensive players. The ball was mostly kept on the Bearcats’ side of the field during overtime. The winning goal was scored in the second minute of overtime by Tyrone sophomore Eliza Vance.

The goal gave Tyrone the win and the team ran out to celebrate Vance’s goal. Tyrone teammates also congratulated Quick on her assist to the goal and Shuke on her great performance in goal. It was Shuke’s second full game being the goalkeeper along with her second shutout of the season.

“I think overall we all played great. We all worked so hard and I knew our efforts would pay off in the end,” said Vance.

First Half: No score

Second Half: No score