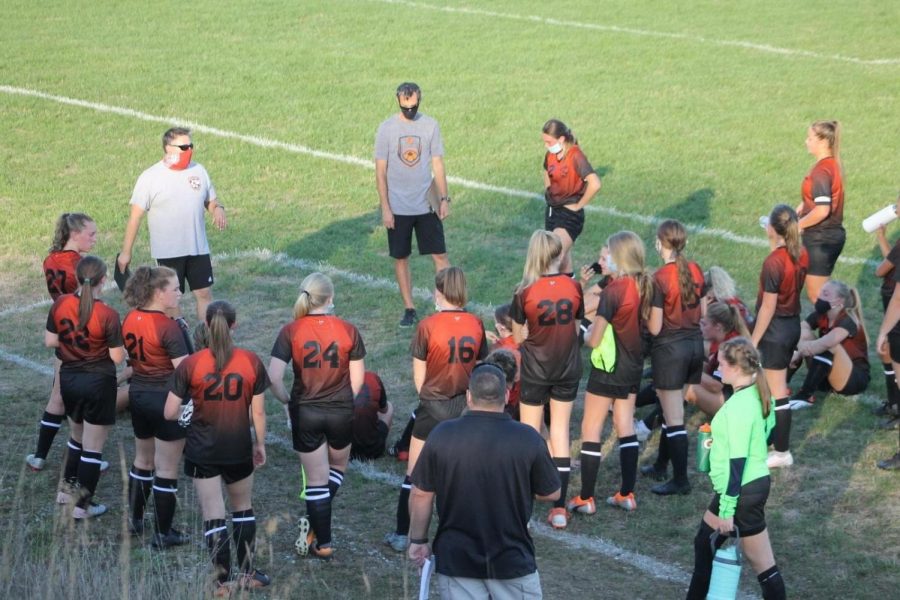 The 2020 Tyrone-Bellwood Lady Eagles soccer team worked hard throughout the 2021 season and made an appearance at district playoffs for the first time in five years, losing to Bellefonte after double overtime and two rounds of penalty kicks.

This season, with a new formation and a number of returning starters, the girls are excited for the start of their upcoming season.

Last year’s team had a record of 6-9-1 but they had a slight disadvantage when playing against teams with a number of senior starters.

The Lady Eagles lost only one senior to graduation, so team chemistry should not be an issue.

Junior and co-captain Chloe LaRosa are looking forward to this season and what the team has to bring to the field.

“We have so much potential on this team and I’m hoping it will show this year. We’ve all put in so much work over the off-season and I can’t wait to see it show on the field. I’m hoping for a normal season this year and getting back to playing with my girls,” said LaRosa.

After gaining four well-skilled freshman players, the team is now focused on making a return to districts in hopes of taking home a title this year.

Senior and co-captain Lindsey Parks is excited to be back on the field and hoping to appear at districts her senior year.

“I think we have the potential to have a really great season this year since we have a very talented group of girls. I’m looking forward to hopefully making it to districts again,” said Parks.

The team is expected to field both a varsity and junior varsity team this season, allowing all the girls to improve their skills against other teams.

The 2021 Lady Eagles soccer team opens their season tonight against Hollidaysburg at Tyrone’s field at 4 pm.